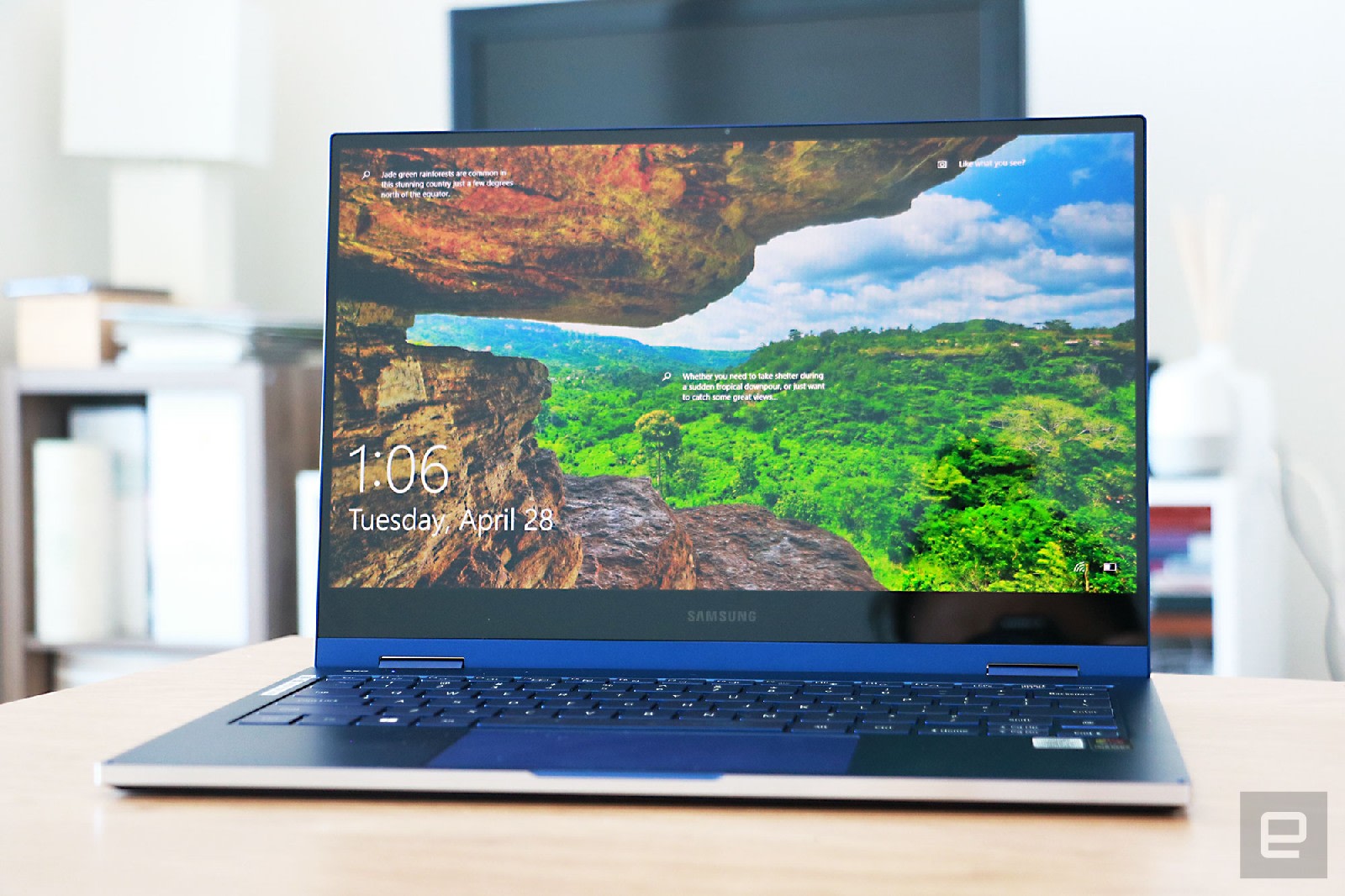 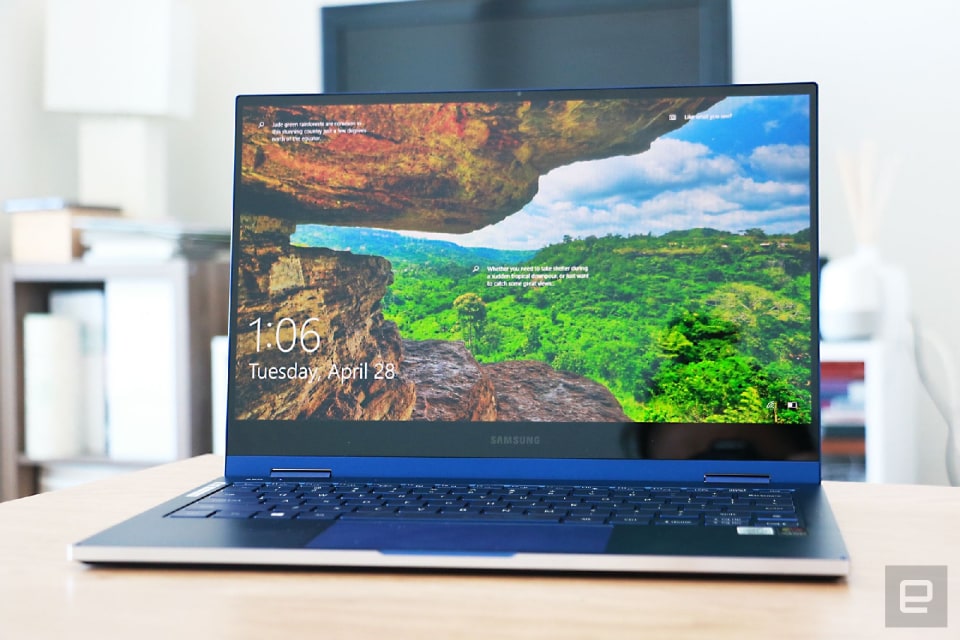 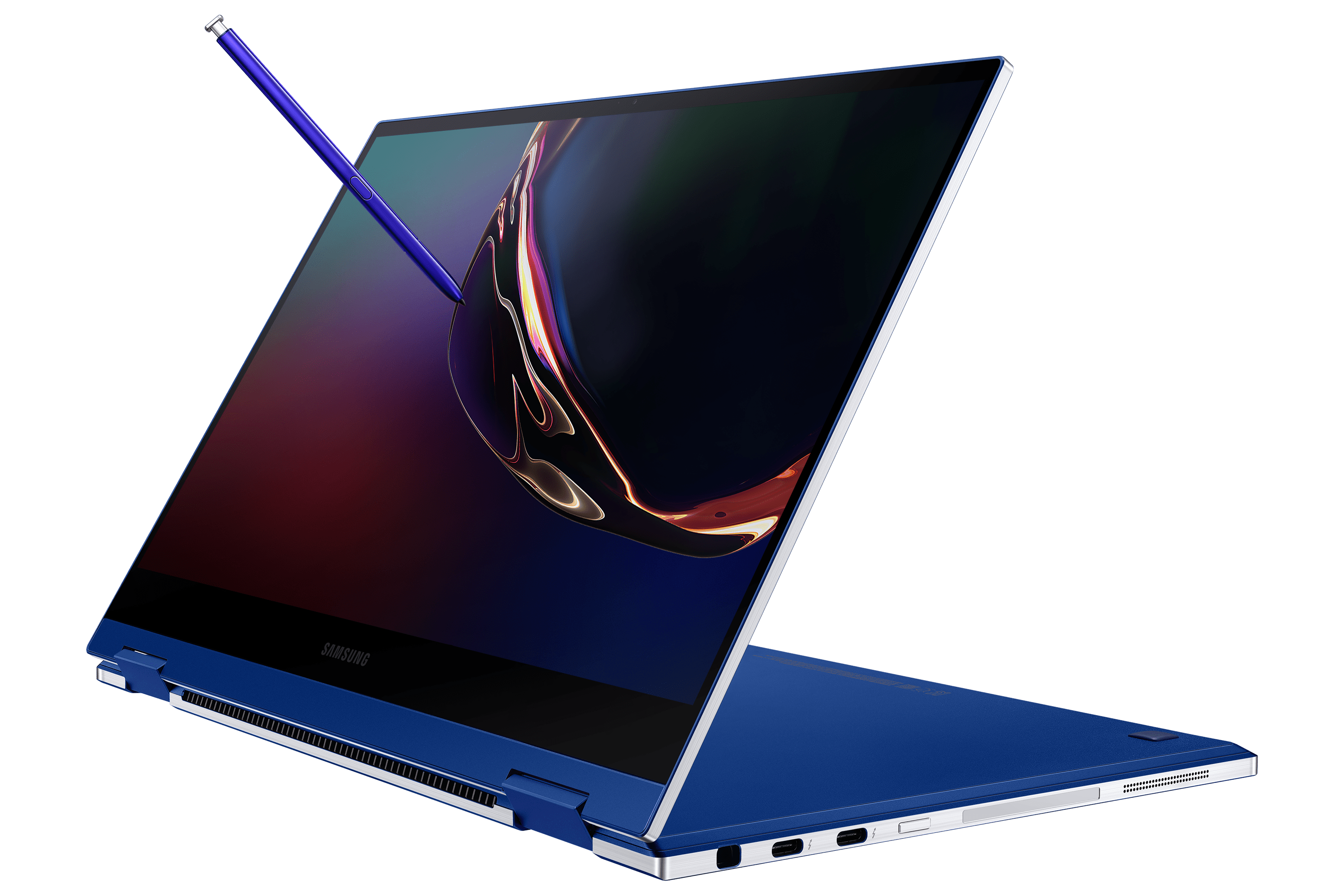 With the Galaxy Book Flex, Samsung continues to show improved self-awareness by showcasing its superior display tech. The Flex is the first laptop with a QLED panel, which promises more colors, deeper blacks and greater brightness. It also comes standard with an S Pen and a wireless-charging pad built into the trackpad. Two models -- 13 inch and 15 inch -- are available, and we received the smaller version, which costs $1,349. The larger is just $50 more, and both are available today.

The Galaxy Book Flex is a gorgeous, powerful laptop with a vibrant QLED display. Though its battery life isn’t as long as some of the competition, the Flex is still a capable machine with a helpful S Pen onboard.

How would you rate the Galaxy Book Flex?
We want to hear what you think. Post a quick review now to join the conversation!
Write a review 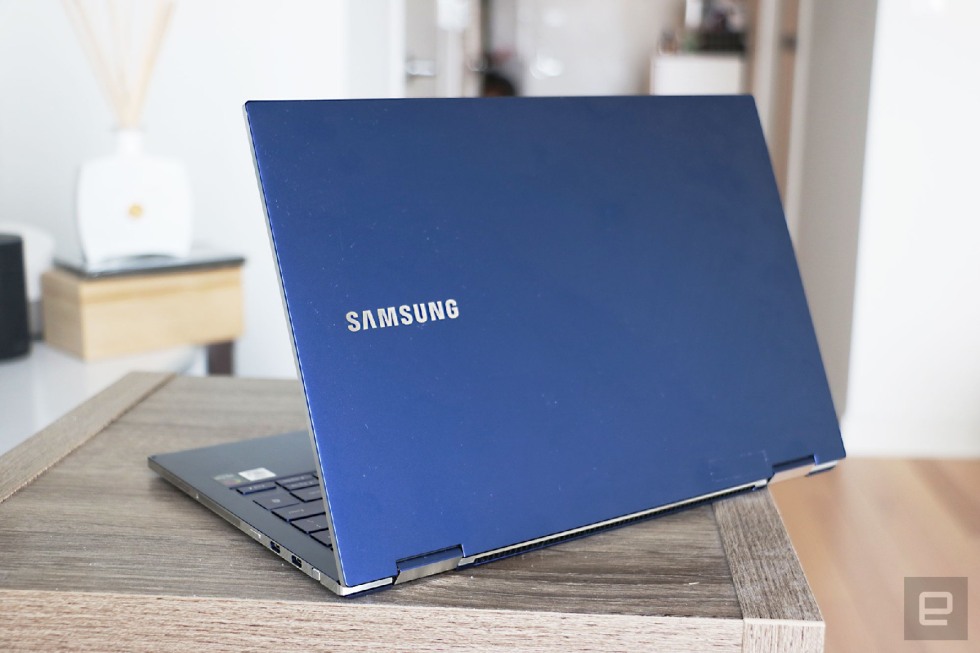 The Flex’s 13.3-inch screen is surrounded by minimal bezels on the top, left and right sides, with a fatter chin at the bottom. That thicker bottom bezel is still common in laptops, though Dell managed to do away with it in this year’s XPS 13 -- maybe the rest of the industry will catch up soon. Samsung still managed to squeeze a webcam above the Flex’s screen, although it sadly doesn’t support Windows Hello logins.

A quick note on the fingerprint scanner: It was fast and accurate, usually unlocking the laptop without delay. Since it’s Windows Hello-compatible, I also used it for authentication on programs like Google Chrome. While the placement is uncommon -- most laptops place their fingerprint readers on the top right of the deck or embed it into the power button -- Samsung’s choice didn’t feel too odd.

The Flex offers the same onboard stylus as the Note 10 -- don’t expect the bigger, more pen-like version on the Galaxy Tab S series. Still, it’s comfortable enough to use for hours while drawing a self-portrait. Fans of Samsung’s Air Command menu on its Note phones will be pleased to know it pops up here too when you slide the S Pen out of its slot.

I did notice a significant decrease in sound when I enabled Silent Mode, though it seemed to throttle CPU performance. When I tried to continue playing League afterward, the system lag made it nearly impossible: My character could barely make it to the first turret before I gave up and restarted (with Silent Mode off). This is somewhat understandable. You can’t expect high-speed performance when the fans are turned off without the computer running too hot. Silent Mode is more useful if you’re bothered by the noise and aren’t running anything intensive.

Thanks to the Flex’s QLED screen and 69.7Whr battery, Samsung promises up to 20 hours of runtime. In reality though, that number is a lot lower. Our video-looping battery test drained the Flex in about 13 and a half hours, which is better than the MacBook Air but falls short of the XPS 13 2-in-1’s 14-and-a-half hour mark. In real-world experience though, I saw power levels plunge below 20 percent after five hours of heavy use. To be fair, that involved energy-sapping processes like video playback and more-frenzied League games.

In this article: reviews, Review, Samsung, Samsung Galaxy Book Flex, laptops, Laptop, review, gear
All products recommended by Engadget are selected by our editorial team, independent of our parent company. Some of our stories include affiliate links. If you buy something through one of these links, we may earn an affiliate commission.