The Morning After: Intel explains the details of Thunderbolt 4

And now there's a reality TV show centered around 'The Sims 4.'

While it’s almost impossible to escape hands-free Alexa devices in our homes, the assistant is still push-to-talk on iOS and Android. Now, an update enables hands-free use — as long as you have the app already open.

That’s probably much better for privacy, but it feels a bit inconvenient. So far, I still prefer pressing buttons and typing commands to make things happen, but maybe voice control really is the future — even if Logitech doesn’t think so.

It's all about better minimum specifications.

Intel’s new Thunderbolt 4 connection isn't technically faster than Thunderbolt 3, at least when it comes to overall throughput — both offer up to 40 gigabit per second speeds. But the company is justifying the new version in a number other ways: namely, by cranking up the minimum requirements for systems with the new connection.

Thunderbolt 4 PCs will be able to connect to at least two 4K displays, whereas the previous requirement was just one. Additionally, the new connection supports PCIe data speeds up to 32 Gb/s, twice as fast as before. So you can expect to see incredibly fast Thunderbolt 4 external drives, eventually. And you can rest assured that at least one of your Thunderbolt 4 ports will support laptop charging.

Intel says it plans to ship Thunderbolt 4 controllers to manufacturers later this year, and you can expect to see it on Project Athena notebooks around the same time.
Continue reading.

'The Sims Spark'd' will premiere on July 17th.

In The Sims Spark’d, set to debut on TBS next week, competitors will tackle several timed creative tasks, with the aim of forging “the most unique characters, worlds and stories.”

Some of the contestants should be familiar to folks who watch Sims streamers, as they include the likes of Doctor Ashley and Xmiramira. The judges are Sims voice actor and singer-songwriter Tayla Parx, creator and BuzzFeed producer Kelsey Impicciche and Dave Miotke (aka SimGuruNinja) from franchise developer Maxis.

Starting the same day as the show debuts, The Sims 4 has in-game tasks players can tackle as part of the Spark’d Challenge Program. The top creators could win themselves an invitation to a future season of The Sims Spark’d.
Continue reading.

The company committed to making some but not all the changes suggested in the report.

The report noted that the site doesn’t enable free speech the way Zuckerberg has repeatedly preached it does. “When it means that powerful politicians do not have to abide by the same rules that everyone else does, a hierarchy of speech is created that privileges certain voices over less powerful voices,” it found.
Continue reading.

Meet the digital ruler that can measure curved surfaces 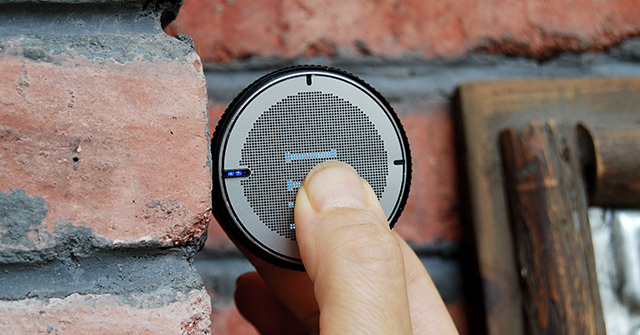 Engadget's 2020 Back-to-School Guide: The best gadgets for school under $50

Study smart with these affordable supplies.

This guide is shorthand for ‘things you forgot to buy before term began’. Fortunately, they all ring in at under 50 bucks, encompassing decently priced earbuds and power banks for keeping your phone juiced.
Continue reading.