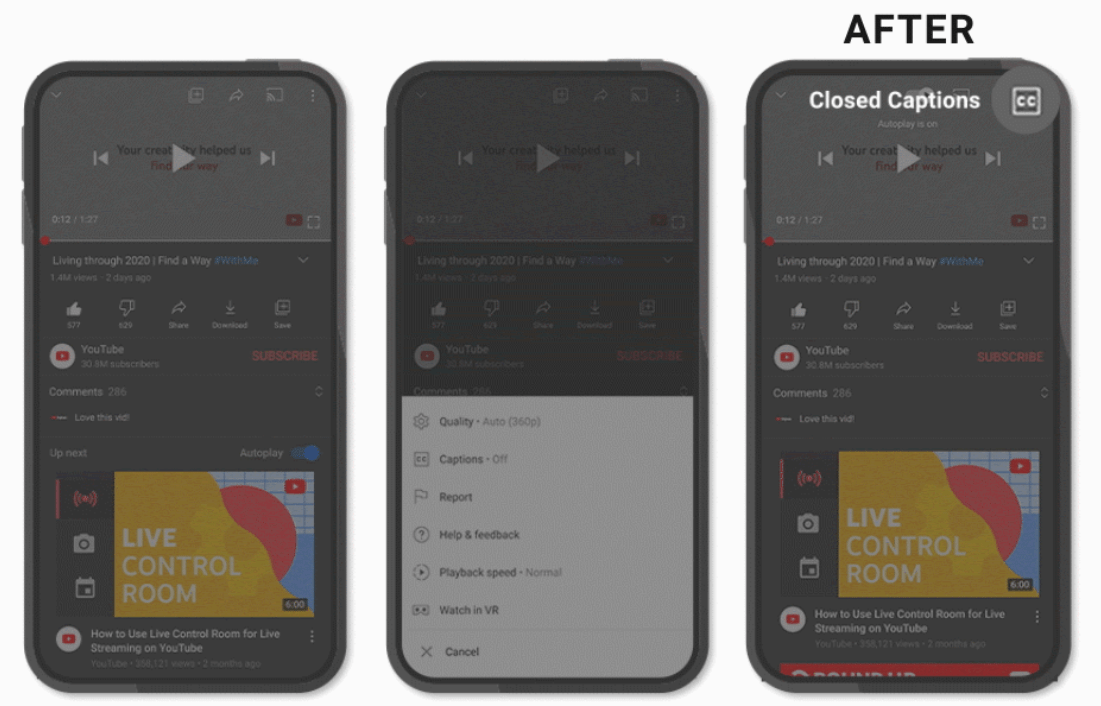 YouTube is rolling out some updates for its video player page on mobile devices, including streamlined controls, a couple more gestures and suggested actions. The closed captions button and autoplay toggle are now directly on the player. YouTube says it simplified the player’s look by rearranging buttons, while the controls should be more responsive.

You'll be able to go into full-screen mode by swiping up and exit by swiping down — that doesn’t seem to be the most useful feature as your video changes display mode when you rotate your device anyway. To switch between how long is left in a video and how much time has elapsed, you can simply tap the timestamp.

YouTube now offers suggested actions on mobile as well. The app might prompt you to rotate your device to watch in full screen or strap on a VR headset if it reckons you'll have a better experience. YouTube will add more suggested actions later.

None of these updates by themselves are earthshattering features, but they seem to be decent quality-of-life improvements. In its announcement, YouTube highlighted a couple of other features it introduced to the player this year: video chapters and bedtime reminders.

In this article: youtube, mobile, streaming, streaming video, streamingvideo, app, news, gear
All products recommended by Engadget are selected by our editorial team, independent of our parent company. Some of our stories include affiliate links. If you buy something through one of these links, we may earn an affiliate commission.