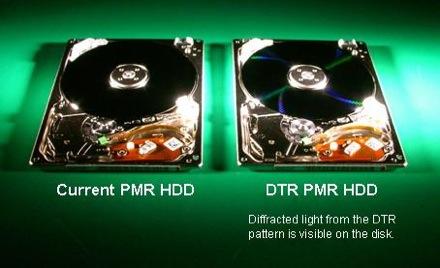 With Apple launching their new iPod classic, pretty much everybody is now aware that 1.8-inch hard disks max out at 160GB. Thing is, that disk -- be it from Toshiba or Samsung -- is actualy spinning a pair of 80GB platters at its core. So what would you say to Toshiba's announced 120GB single-platter drive? Hoozah, seems appropriate. The new prototype applies Discrete Track Recording (DTR) technology to boost the areal density of perpendicular magnetic recording (PMR) techniques by a full 50% -- that's 516Mb per square millimeter (333Gb per square inch). Tosh plans on mass producing the 1.8-inch and 2.5-inch (laptop) drives in 2009 which means that a 240GB "iPod HD" can't be too far away, eh Apple?
In this article: 1.8-inch, 120gb, 2.5-inch, 240gb, dtr, perpendicular, pmr, toshiba
All products recommended by Engadget are selected by our editorial team, independent of our parent company. Some of our stories include affiliate links. If you buy something through one of these links, we may earn an affiliate commission.
Share
Tweet
Share