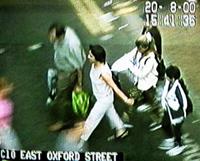 While London, along with other parts of the UK, has long since been smothered by CCTV cameras and other forms of surveillance, a new report put out by the Liberal Democrats on the London Assembly suggests that all these watchful eyes may not be curbing crime. Dee Doocey, the Liberal Democrats spokeswoman, was quoted as saying that figured obtained in the study comparing the number of cameras in a given borough "with the proportion of crimes solved suggests there is no link between a high number of CCTV cameras and a better crime clear-up rate." Close to £200 million ($401 million) has purportedly been spent on building such an elaborate CCTV network, but this study noted that it still wasn't "entirely clear if some of that money would not have been better spent on police officers."

In this article: cctv, crime, england, london, surveillance, uk, uk crime, UkCrime
All products recommended by Engadget are selected by our editorial team, independent of our parent company. Some of our stories include affiliate links. If you buy something through one of these links, we may earn an affiliate commission.
Share
Tweet
Share