In Idea Man, Paul Allen tells his side of co-founding Microsoft without pulling any punches

WhiteKnightTwo to be unveiled on Monday, space to seem less far away 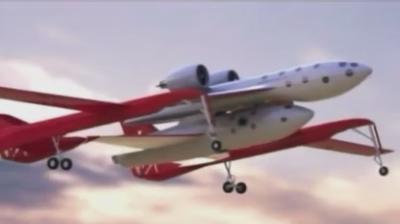 It's been just a few months since a test of an experimental motor for Scaled Composites' SpaceShipTwo passenger space vehicles caused a deadly explosion at the company's Mojave Desert facility, but we're hearing whispers today that the craft will be unveiled on January 23rd, along with the WhiteKnightTwo carrier plane. Testing of the six-person ship will apparently start in mid-2008, with the first commercial Virgin Galactic flight tentatively scheduled for the end of 2009. That seems hopelessly optimistic to us, but then again, we're not ones to doubt the awesome combined powers of Burt Rutan and Richard Branson.
In this article: scaled composites, ScaledComposites, space ship two, SpaceShipTwo, virgin galactic, VirginGalactic, white knight two, WhiteKnightTwo
All products recommended by Engadget are selected by our editorial team, independent of our parent company. Some of our stories include affiliate links. If you buy something through one of these links, we may earn an affiliate commission.
Share
Tweet
Share