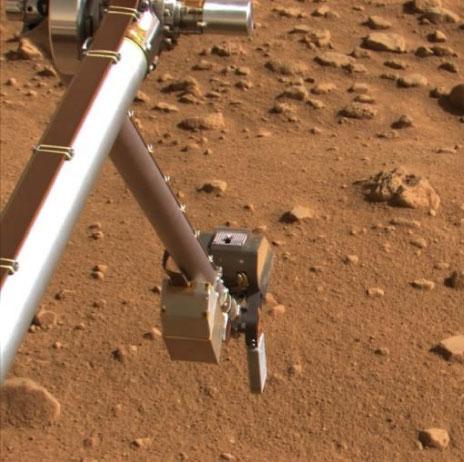 The Phoenix lander has already proven its mettle by finding ice on Mars, and now it's gone and shown off its quick-thinking skills by shutting down its robotic arm after receiving a command that could have permanently damaged it. The lander apparently did it's best to find a workaround first, however, but ultimately determined that any further movement would have bent its wrist out of shape. That left NASA engineers scrambling yesterday to come up with some new instructions to send to the lander, and they're now simply waiting to see if they meet with the robot's approval.

[Via Slashdot]
In this article: mars, mars phoenix, MarsPhoenix, nasa, phoenix lander, phoenix mars lander, PhoenixLander, PhoenixMarsLander
All products recommended by Engadget are selected by our editorial team, independent of our parent company. Some of our stories include affiliate links. If you buy something through one of these links, we may earn an affiliate commission.
Share
Tweet
Share