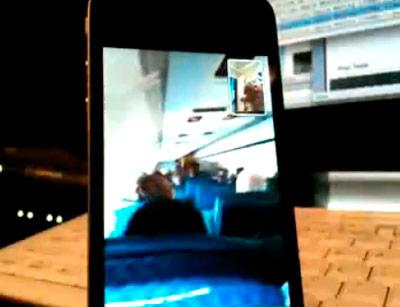 Yeah, seriously. While Aircell's Gogo in-flight WiFi service has been blocking VoIP calling services (Skype being the most obvious example) from day one, it's apparently not throwing the same brick wall in the face of Apple's new standard. Our good pals over at TUAW managed to record a (relatively) solid two minute FaceTime conversation with an iPhone 4 owner, and only after you realize that said owner is a few thousand feet above the Earth's surface does this all become a lot more interesting. We know for a fact that certain iPhone 4 owners have had difficulty with FaceTime conversations when using highly firewalled access points (like those found in hotels and corporate offices), but it seems as if seat 16A is cleared for transmission. For now, anyway. Head on past the break to peek the FaceTime ad that Apple forgot to make.