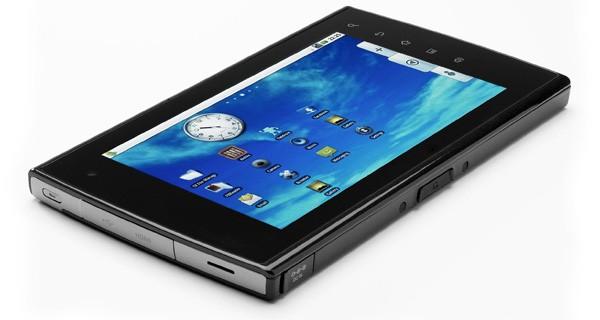 Galaxy Tab? Who needs that overpriced prima donna? Here's the tablet the economical among us have been waiting for. Alright, so the Elocity A7 didn't elicit the highest of praise when it made its cameo on The Engadget Show, but let's congratulate its makers on achieving a pair of feats. Firstly, StreamTV has managed to get its Froyo tablet listed for pre-order on Amazon -- which is no mean feat in itself, just ask Notion Ink -- and secondly, it's done so at an even lower price point than promised, with an encouraging $370 tag. Even if you're like us and not entirely blown away by its performance, you've got root for this little slate to complete the narrative and start selling -- if for no other reason than that it might incite others to stoop to the same price point.
In this article: 2.2, 7-inch, amazon, android, android 2.2, android tablet, Android2.2, AndroidTablet, availability, elocity a7, ElocityA7, froyo, nvidia, nvidia tegra 2, NvidiaTegra2, pre-order, slate, streamtv, tablet, tegra, tegra 2, Tegra2
All products recommended by Engadget are selected by our editorial team, independent of our parent company. Some of our stories include affiliate links. If you buy something through one of these links, we may earn an affiliate commission.
Share
Tweet
Share