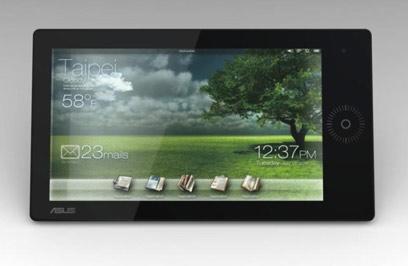 Okay ASUS, you win. We can't keep all your leaked Eee Pad prototypes straight anymore. We're guessing this is some sort of counter-intelligence move you're making, leaking report after conflicting report of various sizes and operating systems for the things, and now we have word of yet another model joining the hypothetical fray. This one's supposedly called the EP90, an 8.9-inch tablet with a 1024 x 600 display, storage of 16 or 32GB, a dual-core 1GHz processor paired with Tegra graphics and, apparently, some flavor if Microsoft Windows if reports of it running Office are to be believed. Beyond that, Ynet is also saying there's a 12-inch tablet model on the way, which either proves the company's disinformation plot or confirms that the Eee Pad lineup is about to get as confusing as the Eee PC series is today.
In this article: 8.9-inch, asus, eee pad, EeePad, ep90, tablet, tegra, windows tablet, WindowsTablet
All products recommended by Engadget are selected by our editorial team, independent of our parent company. Some of our stories include affiliate links. If you buy something through one of these links, we may earn an affiliate commission.
Share
Tweet
Share