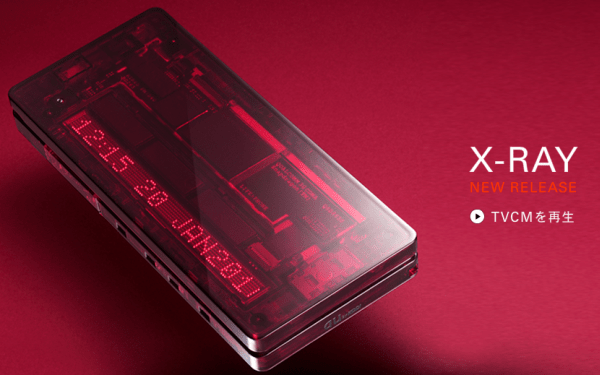 KDDI launched a wave of new phones this morning, but this is the one we really want to hold -- it's called the X-RAY, and it's one of two new products in the company's iida designer brand. Crafted by Tokujin Yoshioka, it's a high-end Japanese clamshell with a 1-Seg TV tuner, NFC payments, and an 8 megapixel camera -- you know, the usual -- but with a translucent case (also available in blue and black) that leaves nothing to the imagination. There's a QSD8650 CDMA-ready Snapdragon in there, a GSM radio as well, a 7 x 102 pixel LED scrolling sub-display to display alerts and notifications, plus all the requisite chips and wires beautifully laid out. It'll be on display in Harajuku this Tuesday, but there's no word on availability or price quite yet. However, given that the prime accessory for the X-RAY is a solid crystal stand that makes the phone look like it's floating on air, we probably don't want to know. Video after the break. In this article: 1-seg, iida, KDDI, NFL, QSD8650, Snapdragon, Tokujin Yoshioka, TokujinYoshioka, video, X-RAY
All products recommended by Engadget are selected by our editorial team, independent of our parent company. Some of our stories include affiliate links. If you buy something through one of these links, we may earn an affiliate commission.