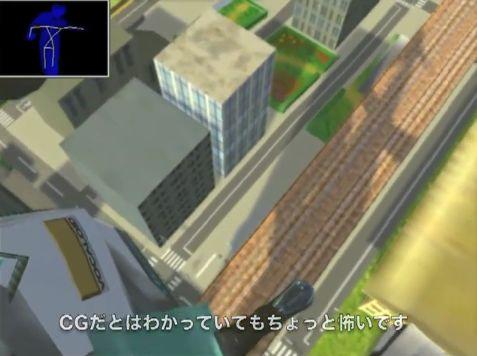 It was only a matter of time before Microsoft's continually-hacked Kinect became embroiled in a VR simulation of some sort, and while we're not riding light cycles quite yet, enterprising developer Nao_u has managed to put himself in the shoes (and short skirt) of a Japanese virtual pop icon. Mapping his every move onto the virtual skeleton of Vocaloid's Miku Hatsune probably won't impress you much at this stage of the game, but there's the little matter of what Nao_u did next: he hooked up a pair of Vuzix VR920 LCD glasses to see through the digital diva's eyes, too. Find the terribly cutesy video after the break, and fast-forward to 4:30 to watch Nao attempt to walk a narrow beam set atop a virtual skyscraper.

In this article: game, gaming, hack, hacks, Kinect, kinect hack, KinectHack, Miku Hatsune, MikuHatsune, video, virtual reality, VirtualReality, VOCALOIDHRP-4C, vr, vr glasses, VrGlasses, vuzix, vuzix vr920, VuzixVr920
All products recommended by Engadget are selected by our editorial team, independent of our parent company. Some of our stories include affiliate links. If you buy something through one of these links, we may earn an affiliate commission.
Share
Tweet
Share