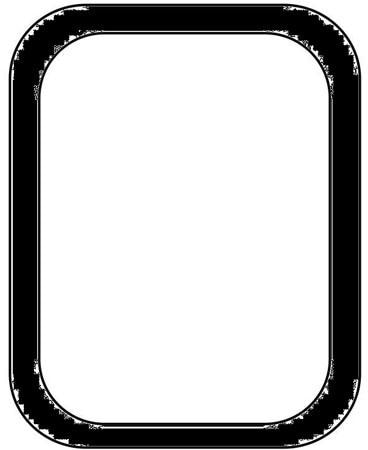 What's this mystery e-reader? It's the Kobo Vox, and it just made its debut on the FCC's site. Is it a reworked version of the relatively recently released Touch Edition? Is it a brand new reader from the company? The device is listed as being an "eReader Tablet," so perhaps it's something more akin to Barnes & Noble's Nook Color or the Kindle tablet reportedly in the works from Amazon. And will Kobo's recent appearance at f8 play into the equation? It's hard to say, but there are a few things worth noting here. First, if the above rough image is to be believed, the device is touchscreen, as with the company's current product. The design, however, looks a lot more like the latest version of the Nook than the new Kobo. A side shot reveals what appears to be a microUSB slot (no shocker there) and a headphone jack, something missing on both the latest Kobo and Nook (though both the latest Kindle and the Nook Color rock one), while a "multimedia headset" was used in the testing. Also listed among the testing materials is a microSD card, so there seems a pretty good chance that this thing has expandable memory -- again, not a surprise, nor is the fact that the reader is listed as being WiFi-enabled.

In this article: e book, e books, e reader, e readers, e-book, e-books, e-reader, e-readers, fcc, headphone, kobo, kobo ereader, Kobo eReader Touch Edition, kobo vox, KoboEreader, KoboEreaderTouchEdition, KoboVox, microusb, vox, wifi
All products recommended by Engadget are selected by our editorial team, independent of our parent company. Some of our stories include affiliate links. If you buy something through one of these links, we may earn an affiliate commission.
Share
Tweet
Share