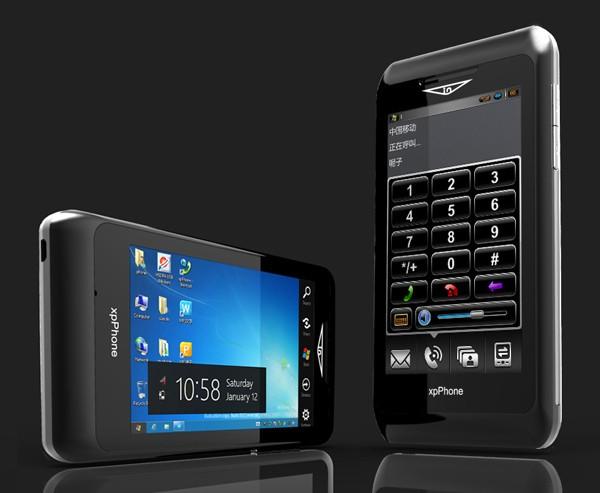 Let's be honest: with the size of a brick and a relatively short battery life, it's no surprise that ITG's xpPhone hasn't quite dominated the smartphone market since its launch back in November. In fact, we haven't even seen one in the wild, and we certainly wouldn't have missed it if there ever was one on the street. That said, ITG hasn't given up, as the company's just announced its second-generation Windows-powered smartphone. The reason? Well, interestingly enough, ITG prefers Windows' greater range of compatible software compared to those of mobile OSes, namely Android and iOS. Let's just leave it at that for now.

Simply dubbed the xpPhone 2, this beast of a QWERTY slider packs a 1.6GHz Intel Atom Z530 chip, along with 2GB RAM, up to 112GB of SSD storage, 4.3-inch display and compatibility with both Windows 7 and Windows 8 -- obviously the latter OS will depend on its final release date. Not only has battery life been bumped up to around 18 hours of call time or 46 days on standby, but the phone's also been slimmed down to 140mm x 73mm x 17.5mm, which is a huge improvement compared to its bulky predecessor. With the touch-friendly Windows 8 on board along with a non-underclocked CPU, we have a feeling that the xpPhone 2 will at least fare much better than Fujitsu's F-07C; as for the rest, we shall see when it comes out in January next year. And no, it probably won't run Crysis.

Update: Looks like we were misled by the company's other promotional photos and thus mistakenly thought the xpPhone 2 will have a slide-out QWERTY keyboard. This would explain the slimmer body then.

Update 2: ITG just clarified that the phone will be unveiled in January rather than launched.

13
In this article: cellphone, china, itg, madness, mobile phone, MobilePhone, mobilepostcross, phone, qwerty, smartphone, windows, windows 7, windows 8, Windows7, Windows8, xpphone, xpphone 2, Xpphone2, Z530
All products recommended by Engadget are selected by our editorial team, independent of our parent company. Some of our stories include affiliate links. If you buy something through one of these links, we may earn an affiliate commission.
Share
Tweet
Share