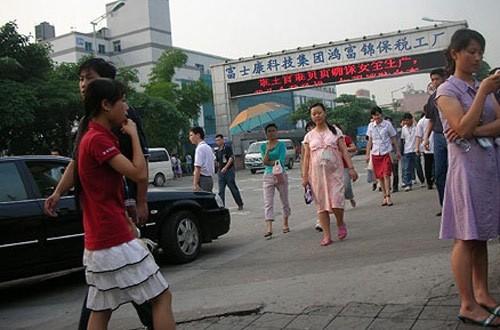 Hon Hai Precision Holdings has just released its Q3 earnings report, and it probably did so with a whimper. That's because net profits fell to NT$19.2 billion (about $614 million) this quarter, marking an 8.6 percent decline from Q3 2010, when Hon Hai (aka Foxconn) reported a net income of NT$21 billion (around $702 million). The company blamed the decline on a slow economic recovery and its ongoing expansion in China, where new factories are being constructed across inland areas like Chengdu, Wuhan and Zhengzhou. These costs are still taking a toll on Hon Hai's bottom line, though analysts say the expansion could pay off in the long-run, thanks to the lower wages that Hon Hai will have to pay to maintain operations in these less affluent regions. Some are also hopeful that the iPhone 4S will help spur production heading into Q4 of this year, though its ultimate effect, of course, remains to be seen. Hit up the links below for more details and analysis.
In this article: 2011, apple, business, china, earnings, earnings report, EarningsReport, facility, factory, financial, financial report, FinancialReport, financials, foxconn, hon hai, hon hai precision, HonHai, HonHaiPrecision, iphone, iphone 4s, Iphone4s, manufacturing, minipost, money, plant, profit, q3, q3 2011, q3 earnings, Q32011, Q3Earnings, revenue, shipment, wage
All products recommended by Engadget are selected by our editorial team, independent of our parent company. Some of our stories include affiliate links. If you buy something through one of these links, we may earn an affiliate commission.
Share
Tweet
Share