HTC Mozart and HD7 go back to grade school, learn how to Internet Share 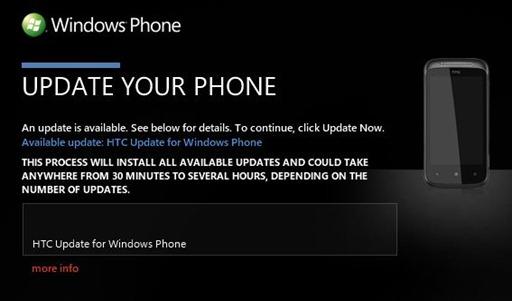 The ability to use your Windows Phone as a mobile hotspot was originally an exclusive feature extended only to brand new Mango devices, but we're now beginning to see Internet Sharing pop up on the HTC HD7 and Mozart. We're seeing reports that it's showing up in various parts of the world, though we still haven't heard if this will include T-Mobile HD7 users in the US or if it still awaits final carrier approval first. Either way, it's probably worth clicking on that Zune icon to check for the update.

Update: Several people have let us know that the update is indeed making its way to T-Mobile HD7 devices.

[Thanks to everyone who sent this in]
In this article: data tethering, DataTethering, firmware update, FirmwareUpdate, hd7, htc, htc hd7, htc mozart, HtcHd7, HtcMozart, internet sharing, InternetSharing, mango, microsoft, mobilepostmini, mozart, tether, tethering, update, windows phone, windows phone 7, windows phone mango, WindowsPhone, WindowsPhone7, WindowsPhoneMango, wp7, wp7.5
All products recommended by Engadget are selected by our editorial team, independent of our parent company. Some of our stories include affiliate links. If you buy something through one of these links, we may earn an affiliate commission.
Share
Tweet
Share