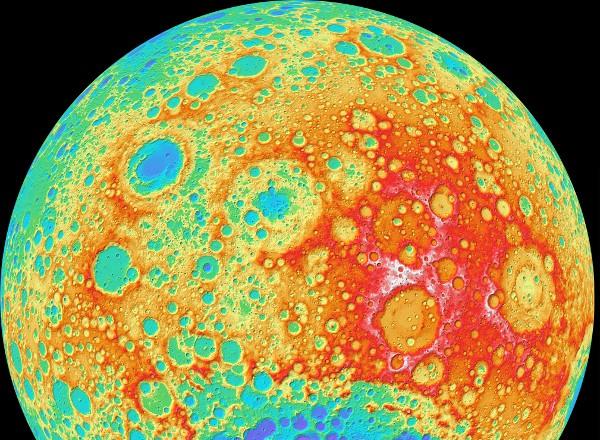 Chances are you will never set foot on the Moon. Sorry, we don't mean to rain on your parade (alright, maybe we do), but the closest you'll ever get is looking at pictures or traipsing around Google Moon. NASA's LRO (Lunar Reconnaissance Orbiter) has been circling our rocky satellite capturing such images, and now 69,000 of them have been stitched together to create the highest resolution topographic map of the lunar surface ever. The Global Lunar DTM 100 m topographic model has a scale of roughly 100 meters per-pixel, allowing researchers to better understand how the crust is formed and accurately scout landing sites for future missions -- be they robotic or manned. Check out the source for a larger image and a few more details.
In this article: Arizona State University, ArizonaStateUniversity, lro, Lunar Reconnaissance Orbiter, LunarReconnaissanceOrbiter, map, moon, nasa, topographic map, TopographicMap
All products recommended by Engadget are selected by our editorial team, independent of our parent company. Some of our stories include affiliate links. If you buy something through one of these links, we may earn an affiliate commission.
Share
Tweet
Share