HBO Max will stream ‘Batman: The Animated Series’ in January 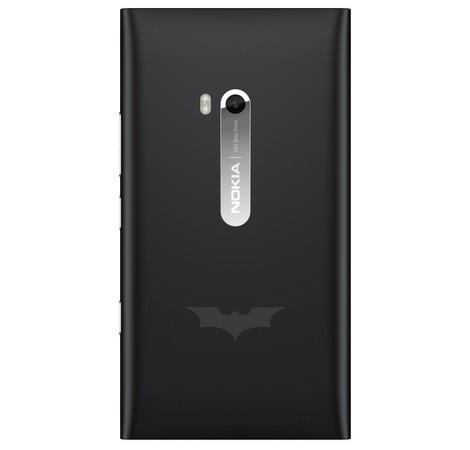 A befuddled Joker once pondered "Where does he get all those wonderful toys?" Soon you'll have a chance to inspire the same sort of wonderment amongst your friends -- at least the more eagle-eyed ones. Nokia has announced it's launching a Batman-themed Nokia Lumia 900, with the minimalist logo of (spoiler alert) Bruce Wayne's alter-ego laser-etched onto the back. It's the same treatment that was given to a special edition Lumia 800 earlier and, no surprise, it'll be available exclusively in Batman's favorite color. It's also exclusive to Europe, at least initially, where it's said to be going on sale in a few weeks. Act fast and you might have yours in time to listen to Christian Bale grumble his way through the conclusion of the Dark Knight Trilogy.

In this article: batman, dark knight, DarkKnight, europe, laser, laser-etched, lumia, lumia 900, Lumia900, mobilepostmini, nokia, nokia lumia 900, NokiaLumia900, special edition, SpecialEdition, windows phone, WindowsPhone
All products recommended by Engadget are selected by our editorial team, independent of our parent company. Some of our stories include affiliate links. If you buy something through one of these links, we may earn an affiliate commission.
Share
Tweet
Share