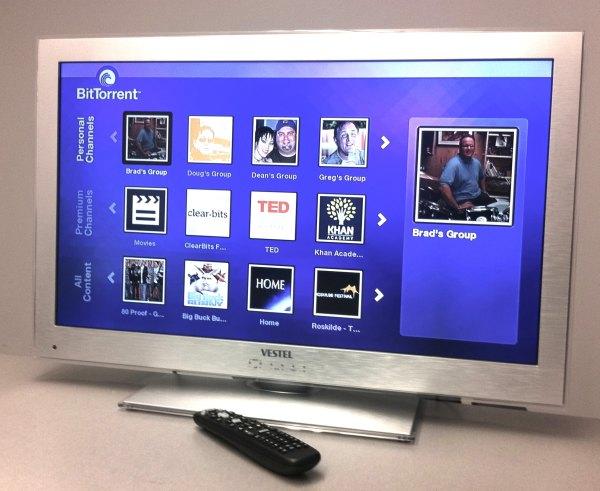 The file sharing crew at BitTorrent has so far taken only tentative footsteps into the living room with its certification program. If CEO Eric Kinkler's comments to Multichannel News are any indicator, though, the company is ready to make itself at home. He reveals that BitTorrent has signed pacts with 20 electronics makers to include its peer-to-peer service for media streaming in new TV sets, some of which will ship as soon as the end of 2012. Kinkler isn't naming the partners, but he notes that most of the torrent-ready screens are destined for Asia and Europe rather than the US -- many TV builders in American shops already have a raft of streaming video deals with the likes of Netflix, the executive says. Don't anticipate seeing a row of BitTorrent TVs in the local big-box store, then, but do expect the firm to make a name for itself beyond software and the occasional router.

In this article: bittorrent, deal, hdpostcross, hdpostmini, minipost, p2p, peer-to-peer, peertopeer, television, tv
All products recommended by Engadget are selected by our editorial team, independent of our parent company. Some of our stories include affiliate links. If you buy something through one of these links, we may earn an affiliate commission.