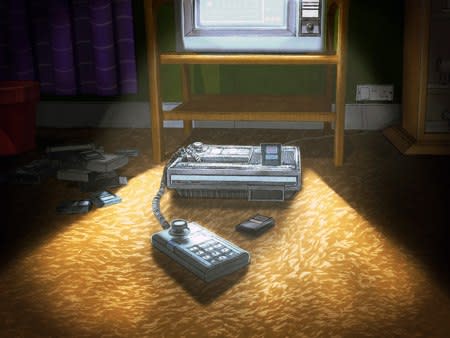 The iPhone 5s can produce graphics on par with many current generation game consoles, but having a retro flashback to the games of yesteryear is often just as enjoyable -- and it doesn't get much more "retro" than the ColecoVision. Rantmedia Games has just launched a Kickstarter campaign in the hopes of resurrecting the classic game console on the App Store, complete with a virtual living room where your system will live alongside a trophy cabinet and maybe even some shag carpeting.

Rantmedia has already done a lot of the legwork in terms of securing the rights to make the app happen, including snagging the rights to both the official ColecoVision brand as well as a sizeable list of the system's most popular titles. The funding campaign has a goal of $250,000, but that's a rather modest goal considering the scope of what Rantmedia hopes to deliver.

If this all sounds somewhat familiar, that might be because Rantmedia has already completed an app like this for the classic Vectrex system, which we've featured before. Because of this, we already know that the company is capable of creating quality retro gaming experiences, so here's to the ColecoVision scoring a second life via iOS.

In this article: colecovision, iOS, iPad, iPhone, rantmedia, rantmedia games, RantmediaGames
All products recommended by Engadget are selected by our editorial team, independent of our parent company. Some of our stories include affiliate links. If you buy something through one of these links, we may earn an affiliate commission.