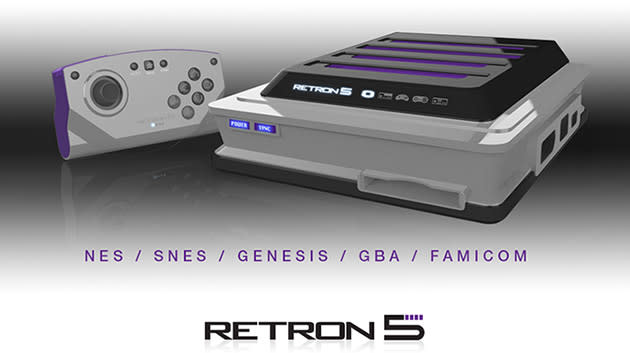 Everyone who wants to snag Hyperkin's Retron 5 this holiday season may want to look elsewhere for now, because the retro gaming console won't arrive in time for Santa's visit. Unfortunately, Hyperkin scrubbed the (already delayed) December 10th launch date after discovering faulty cartridge connectors in units already packed for shipping. The Retron 5, which we took for a spin at E3 this year, magically combines compatibility with several ancient gaming system cartridges, including those for the NES, SNES, Sega Genesis (plus Master System with a converter) and Game Boy Advance. While we bet this news breaks a lot of retro gamers' hearts, we hope they don't throw out those vintage games just yet. Sure, it'll take time to ensure all units are in working order, but the firm aims to ship out the first consoles within the first quarter of 2014.

In this article: ClassicGames, games, hyperkin, RetroGaming, retron5
All products recommended by Engadget are selected by our editorial team, independent of our parent company. Some of our stories include affiliate links. If you buy something through one of these links, we may earn an affiliate commission.