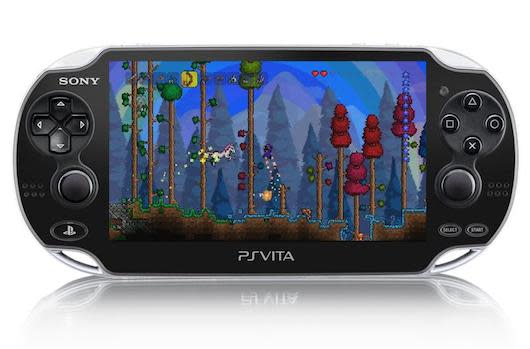 In Terraria, players explore procedurally generated environments and combat enemies, mine for materials and create structures. The art style is punctuated by colorful 2D tile-based sprites.

The PS Vita version of Terraria offers some interesting features, including touch-based controls for crafting and item combining, as well as digging and building. The PS Vita port, which supports cross-platform play and save file transfer with the PS3 version, also supports competitive and co-operative multiplayer for up to eight players.

Terraria will be available for download on PS Vita later today, when the PlayStation Store update rolls out.
In this article: 505-games, playstation, playstation-vita, re-logic, terraria, vita
All products recommended by Engadget are selected by our editorial team, independent of our parent company. Some of our stories include affiliate links. If you buy something through one of these links, we may earn an affiliate commission.