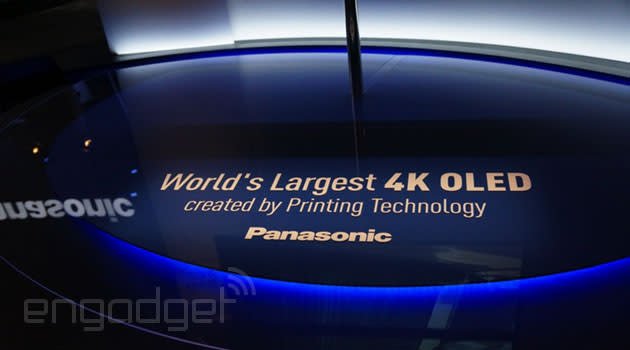 A partnership formed last year that was supposed to take advantage of Panasonic's printing tech production capabilities and Sony's OLED tech smarts has ended, according to a report from the Nikkei. The pair were reportedly unable to create panels that were durable or cost effective enough, and have decided to part ways when their contract ends this year. Instead, each will focus on 4K TV sales, which have only recently started in earnest but have already climbed to 1.95 million units this year, according to DisplaySearch. Of course, CES 2014 is rolling around in less than two weeks, and if last year was any indication, expect even more models -- hopefully at prices that won't make your knees weak.

In this article: 4K, hdpostcross, OLED, OLED-TV, Panasonic, partnership, sony
All products recommended by Engadget are selected by our editorial team, independent of our parent company. Some of our stories include affiliate links. If you buy something through one of these links, we may earn an affiliate commission.