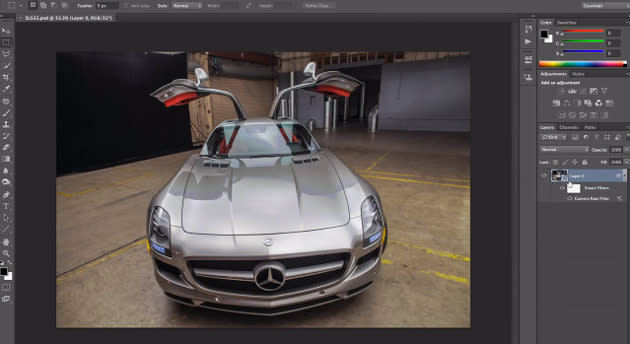 If you needed further proof that Google was serious about its photography efforts, one of Adobe's main Photoshop folks is heading for Mountain View to pitch in. John Nack, former Senior Product Manager for Photoshop, has been with the creative software outfit for about 14 years and led the software's first public beta (CS3) and the introduction of notable features like Smart Objects. Most recently, Nack has worked on Adobe's mobile efforts as Principle Product Manager. It's no surprise that Google is looking to dive further into photo editing after debuting Auto Awesome last year and snatching up Snapseed before that. In a blog post announcing the move, Nack noted that the two companies have collaborated for quite some time and that he hopes to pursue that relationship further, writing "There's so much we can all do to help photographers & storytellers of every sort." For now, we'll just have to bid out time until Google's next snapshot-focused software release.

In this article: adobe, google, johnnack, photography, photoshop
All products recommended by Engadget are selected by our editorial team, independent of our parent company. Some of our stories include affiliate links. If you buy something through one of these links, we may earn an affiliate commission.