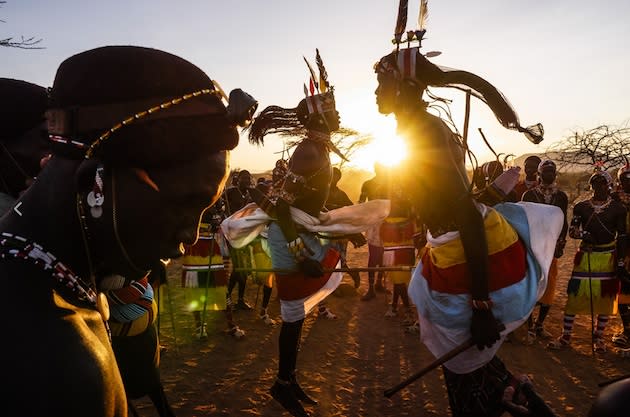 It's been a mere couple of days since Panasonic unveiled its next-generation GH camera, the Lumix GH4. But, since there's no release date information as of yet, chances are it's going to be a little while before interested parties can take this new shooter out for a spin. Luckily, Panasonic has already let some professionals have their go at its GH4; Hungary, Japan and Northern Kenya are where sample shots were taken, and there's also an incredible 4K video (embedded after the break) that was shot in Yucatan, Mexico. The results produced by Panasonic's Micro Four Thirds camera are definitely impressive, but we wouldn't have expected any less from something that could be priced at around $2,000. For more, head to the source link below, where you'll find the entire set of pictures and some extra behind-the-scenes stuff.

In this article: 4K, 4K Video, GH4, Lumix, Lumix GH4, LumixGH4, MicroFourThirds, Panasonic, PanasonicLumix, photography, Video
All products recommended by Engadget are selected by our editorial team, independent of our parent company. Some of our stories include affiliate links. If you buy something through one of these links, we may earn an affiliate commission.