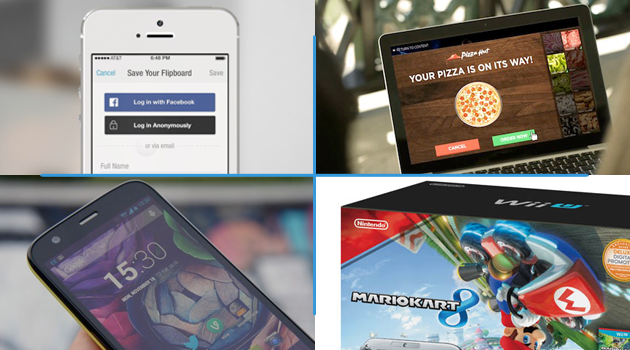 If you're wary of logging into third party apps with your Facebook credentials, you'll be happy to know that an anonymous option now exists: the apps won't remember your username or password. In doing so, you won't be able to share anything to your wall, but it does provide a safer way to try out new apps. Do you really love Mario Kart but need an an incredibly good excuse to buy a Wii U? At the end of May, you'll be able to grab a Wii bundled with the racing series' eighth entry, an extra Wii Remote Plus gamepad and a free download of one of four games -- for only $329.99. Motorola's first post-Google phone is coming on May 13th

It looks like Motorola has one more surprise up its sleeve before Lenovo takes over, and it might be the alleged Moto E. Earlier today, the company invited us to a new smartphone event in London on May 13th. Today, Hulu announced that it's bringing a selection of ad-supported shows to mobile users for free streaming, regardless of whether or not they have a Plus account. The app's also in line for few new ad-based developments, one of which will let you order pizza without leaving the latest episode of Brooklyn Nine-Nine.

In this article: facebook, facebook anonymous, hulu, hulu plus, tdr
All products recommended by Engadget are selected by our editorial team, independent of our parent company. Some of our stories include affiliate links. If you buy something through one of these links, we may earn an affiliate commission.