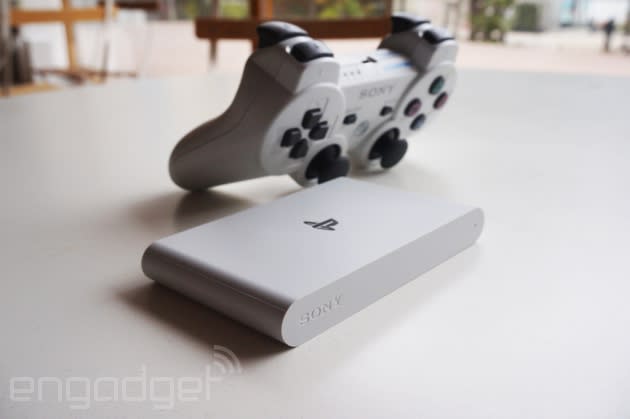 You may have heard that Sony is finally launching the PlayStation TV (or Vita TV as it was previously known) outside of Japan. We know that the mini-console will be priced at $99/€99 in North America and Europe respectively, but we were left in the dark over how much it would cost in the UK. Until now. Eurogamer reports that when it arrives in the autumn, the PlayStation TV will retail for £84.99. That's a significant bump over the £60 (plus taxes) it would set you back if you went out to the US and bought one direct. To make matters worse, Sony won't offer UK customers the PS3 DualShock controller bundle like it does in the US and Asia. That said, it'll still mirror your PlayStation 4 screen and you'll still be able to play lots of Vita games, PlayStation games and stream video content, as well as music and video from Sony's own store.

In this article: dualshock, playstation, playstation tv, ps3, ps4, sony, vita, vita tv
All products recommended by Engadget are selected by our editorial team, independent of our parent company. Some of our stories include affiliate links. If you buy something through one of these links, we may earn an affiliate commission.