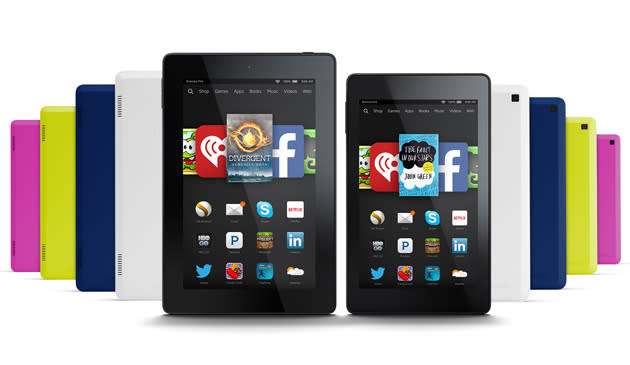 Here's the funny thing about Amazon: Because it's already selling you stuff, it has an easy way of knowing when a product category is starting to take off. Case in point: budget tablets. After reading lots of user reviews complaining about cheap, unreliable slates, the company had two major takeaways. One, people actually buy this crap and two, maybe Amazon can do better. That brings us to today's news: The outfit just introduced a 6-inch, $99 tablet, its least expensive yet. In addition, the company refreshed its $139 Kindle Fire HD 7 along with so-called Kids Edition models, which are basically the same 6- and 7-inch tablets, just with a two-year warranty and some robust parental controls. All of them start at under $200. 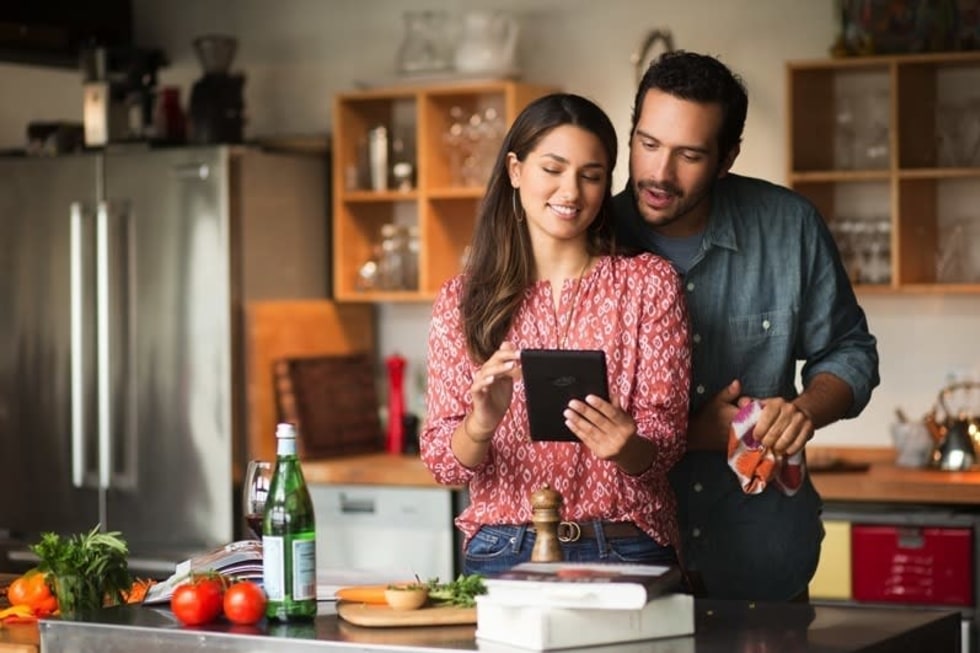 All told, with the exception of screen size, the two tablets have the same specs, including an unspecified quad-core 1.5GHz processor, a 1,280 x 800 screen, an eight-hour battery, Dolby Digital Plus audio and dual cameras, with the rear one capable of shooting 1080p video. Both run Amazon's new Fire OS 4.0 (code-named "Sangria"), which brings over the Firefly scan-and-buy feature from the Fire phone and ASAP (Advanced Streaming and Prediction) from the Fire TV. With the new software, you can also add up to six user profiles. Finally, a new "Family Library" feature lets you share books, apps, games and videos with someone else in the house -- maybe a spouse who has a different Amazon account.

Really, then, the only difference between the two tablets is screen density, with the 7-incher coming in at 216 ppi and the 6-inch model going up to 252. Obviously, since we haven't tested these, we can't vouch for the performance, but even so: Those are impressive screens for tablets this cheap. Other than that, the main selling point seems to be durability. Amazon used a Gorilla Glass panel to help ward off scratches, and it tested its tablets with sunscreen, salt water and even a machine that simulates items being tossed around inside a bag. Naturally, your mileage may vary, but Amazon is at least hoping its tablets will fare better than all those no-name brands people have been giving two-star reviews.

Meanwhile, as we said, the Kids Edition features the same 6- and 7-inch tablets, except it comes with a rubber case and a two-year replacement plan that covers the sorts of accidents not normally included in standard gadget warranties. Additionally, Amazon is including its "FreeTime Unlimited" package free for one year, which features various kid-friendly content that includes books, movies, TV shows, apps and games. (All this stuff varies in age-appropriateness, though Amazon says the tablet is primarily aimed at children ages three to 10.) Given that these are the HD 6 and HD 7, they do have front- and rear-facing cameras, though a future software update will also give kids the ability to add digital "stickers." Like you do when you're seven.

Speaking of software, there are naturally lots of parental controls on board here. By default, in-app purchases aren't allowed, and kids don't have access to the Appstore. Children can't get into the settings -- or email or the web browser, for that matter. Parents can set time goals (e.g., read for 30 minutes a day), and they can forbid kids from opening any of the "entertainment" content until they eat their vegetables get a certain amount of educational work out of the way. Parents can also limit time for different activities as well as set a curfew, after which the kids can't access the device anymore. Finally, like other new Kindle Fire tablets, the Kids Edition has room for up to six user profiles, with the option to set different parental controls for each. And yes, if you happen to be the adult in the house, you could, if you wanted to, use the tablet in an unrestricted way, just like any other Amazon tablet.

The HD 6 starts at $99, while the HD 7 is priced the same as last year, at $139. Both are available in five colors, including white, black, fuchsia, cobalt blue and a neon yellow-green color (our name for it, not Amazon's). The Kids Edition, meanwhile, starts at $149 for the 6-inch model and $189 for the 7-inch version. All of them ship in October, though you can pre-order them starting today. No word on whether we'll enlist a kid to toss one of these around, but in the meantime, we've got some hands-on photos if you feel like taking a closer look.