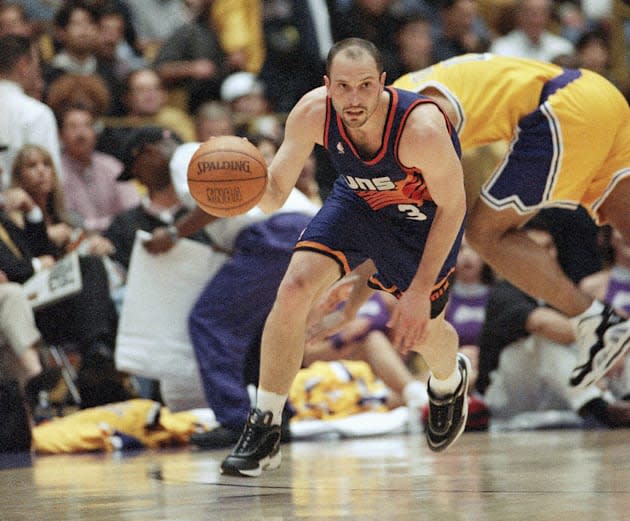 Remember when Apple introduced its EasyPay self-checkout feature in 2011, and everyone wondered "how can they really tell if a customer is buying something or just shoplifting?" According to the Scottsdale, AZ police, former college and professional basketball player Rex Chapman had the same thought and acted on it. They arrested the 12-year NBA veteran at 1:45 PM local time, after employees recognized him as a former player for the Phoenix Suns and tied him to a string of thefts. Chapman is accused of committing seven instances of theft over a few months, snagging gear worth more than $14,000 and selling it at a local pawnshop for cash. All of this was allegedly done by picking up the items, pretending to use the self-checkout feature in the iPhone's Apple Store app and then just walking out. Now Chapman is facing nine counts of Organized Retail Theft and five counts of Trafficking in Stolen Property -- all of which are felonies -- and we're wondering if Tim Cook has another security issue that could use some attention. Since his playing days ended in 2000, Chapman has worked as an NBA front office exec and basketball announcer. The timing of the arrest is interestingly close to the iPhone 6 launch, but there's no word on what Chapman is alleged to have stolen. Most of the pricier items in Apple's stores are either stored in back or not eligible for EasyPay, and we're thinking $14,000 covers a lot of cases or charging cables.

In this article: apple, applestore, arrest, easypay, nba, rexchapman, self-checkout, stolen
All products recommended by Engadget are selected by our editorial team, independent of our parent company. Some of our stories include affiliate links. If you buy something through one of these links, we may earn an affiliate commission.