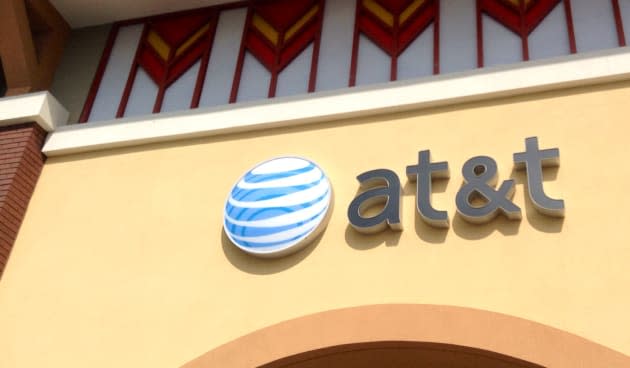 In late October, researchers discovered that AT&T and Verizon attach tracking numbers to the web traffic coming from their customers' phones, in order to keep an eye on their online habits. Now, Ma Bell says it's stopped doing so -- the company claims it has only experimented using those irremovable trackers (or perma-cookies, as the media calls them) for a pilot program, but now its tests are done. Each of these unique trackers is composed of a string of letters and numbers that can follow a user across the internet. Websites and carriers can then make a compilation of those activities to sell or give to marketing and advertising companies.

According to AT&T spokesperson Emily J. Edmonds, the company has already pulled these identifying numbers from their customers' accounts, though the company might still sell the data it's collected. If that does happen, Edmonds says AT&T will give its subscribers the choice to opt out. As for Verizon, well, a spokesperson confirms that Big Red is still using perma-cookies. People can choose not to participate in the program (ProPublica discovered last month that Twitter gave its ad clients access to data Verizon collected), but that won't remove the tracker itself.

Update (11/18/14): An AT&T spokesperson reached out and sent us the company's official statement:

"We have completed testing of the numeric code that would be part of any new mobile Relevant Advertising program we may launch. Any new program we would offer would maintain our fundamental commitment to customer privacy. Customers will be able to opt out of the ad program, and not have the numeric code inserted on their device. Customer trust is important to us, and customers have choices about how we use their information.

We have been testing a numeric code that changes every 24 hours on mobile devices as an important protection against unauthorized tracking. It would be used to help serve ads on an anonymous basis. It plays a similar role to a cookie in online advertising. Some people have seen this code from our testing when they visit test sites. It has been phased off of our network.

Many different companies use advertising identifiers today, including handset and operating system manufacturers. We believe that we would be providing industry-leading privacy protections."

In this article: att, mobilepostcross, perma-cookie
All products recommended by Engadget are selected by our editorial team, independent of our parent company. Some of our stories include affiliate links. If you buy something through one of these links, we may earn an affiliate commission.