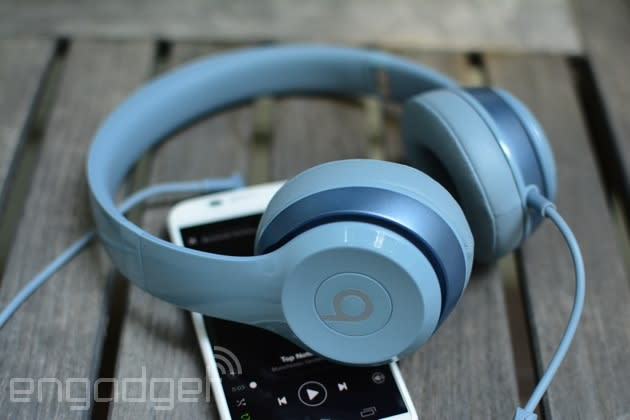 There have been a few hints that Apple wants to integrate Beats Music into its existing software, but there are now signs that the tie-in will go especially deep -- and that Android users won't be left behind. Sources for 9to5Mac claim that Apple not only plans to weave Beats-based streaming into Apple TV, iOS and iTunes, but that it's writing its own Android app from scratch (sorry, no Windows Phone version). The move wouldn't be completely shocking given that Tim Cook said he was cool with Android apps when they made sense, but it'd still represent an important milestone for a company that frequently tries to get away from Google.

As for what the service entails? Not surprisingly, it's reported to be a best-of-both offering. You could search for anything in the Beats or iTunes catalog, and you'd still see Beats' human-made playlists and social networking. You could flag those tracks you want to hear offline, too. Importantly, Beats wouldn't override Apple's existing services. You could still use the likes of iTunes Match syncing and iTunes Radio streaming, even when they're occasionally redundant.

How soon this Beats-backed technology would launch could be up in the air, though. The report backs rumors that Apple is trying to lower the price (possibly to $8 per month), which might depend on labels agreeing to different rates. Also, development is supposedly a "mess." Apple may not be all that clear about its vision for the service, and veteran Apple staffers purportedly aren't happy to see Beats engineers taking on important positions. While the reworked service was meant to launch in March, the tipsters now think it's more likely to show up at the Worldwide Developers conference in June. However it shakes out, everything suggests that this Beats-based project is no small feat -- Apple wants to take on streaming heavyweights like Spotify, even if it means delays and support for rivals' platforms.

In this article: apple, appletv, beats, internet, ios, itunes, mobilepostcross, music, streaming
All products recommended by Engadget are selected by our editorial team, independent of our parent company. Some of our stories include affiliate links. If you buy something through one of these links, we may earn an affiliate commission.