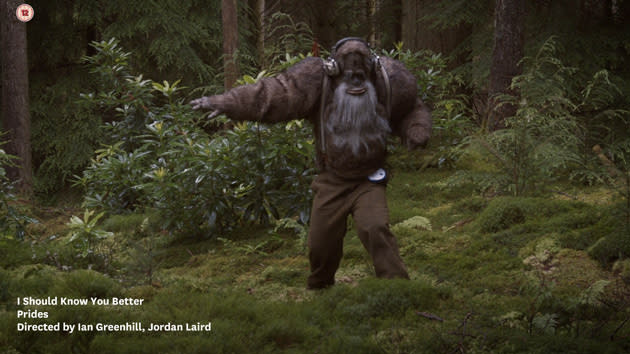 Last summer, the UK government said it was working with the British Board of Film Classification (BBFC) to bring age ratings to music videos available online. The scheme is intended "to help parents protect their children from some of the graphic content in online music videos," by grading them in the same way movies and video games are -- based on the amount of sex/drugs/rock and roll depicted. As part of a pilot program to see how this might work, the labels Sony, Warner Music and Universal have been running any video they suspect may deserve a 12, 15 or 18 age rating by the BBFC for judgement. And today sees the first batch of ratings being adopted by pilot collaborators YouTube and Vevo.

The BBFC has so far classified 84 music videos, with those ratings integrated into Vevo's player overlay and buried by comparison in the description of YouTube videos. For now (and likely forever), they are just advisories, so it's still up to guardians to keep an eye on their kids' iPad binges. With only videos made by UK artists being subject to age ratings, it's still very much a pilot project. The plan is to assess "how the scheme can be applied more widely" later this year, but it's probably unrealistic to think the BBFC could all of a sudden become the internet music video police. Also, we wonder what use that would be, anyway. Kids know full when something they're watching is age inappropriate. That's why they're watching it.

In this article: BritishBoardOfFilmClassification, classification, MusicVideo, sonymusic, universal, UniversalMusicGroup, vevo, WarnerMusicGroup, youtube
All products recommended by Engadget are selected by our editorial team, independent of our parent company. Some of our stories include affiliate links. If you buy something through one of these links, we may earn an affiliate commission.