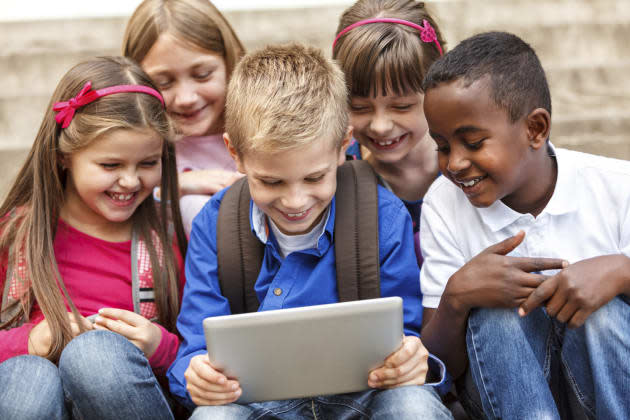 There are plenty of rules about what you can and can't do on kids' tv, but not a lot of those rules automatically carry over to the internet. That's why a posse of advocacy groups is asking the FTC to investigate if YouTube's kids-only service is breaking laws on unfair and deceptive marketing. According to a report by the San Jose Mercury, these groups believe that YouTube Kids also contravenes FCC rules about advertising to young children that have been in place since the '70s.

The meat of the complaint is that YouTube Kids is a bit of a wasteland regards regulating what's being put in front of children. For instance, adverts for the show My Little Pony stand side-by-side clips from the same show, but when you click through the clips, you're actually presented with commercials. Then, there's the issue that companies like McDonalds have channels on the service that produces promotional videos styled as news reports.

The group also wants Google to pull all unboxing videos from the app, describing an example clip as "in effect, a seven minute commercial." The charge leveled at the company is that there's no guarantee that the clips are fan created, and that they act a lot more like toy advertising than, say, entertainment content. It seems like a near impossible task for Google to deal with, however, since almost all of the site's content is user-submitted.

It'd be easy to dismiss these concerns as the bellyaching of overprotective parents, but the list of signatories includes heavyweights like the Center for Digital Democracy and Consumer Watchdog. Medical practitioner groups are also signing the document, including the American Academy of Child and Adolescent Psychiatry. Studies have shown that young children lack the cognitive ability to resist advertising, making them overly susceptible to craving the latest toy. For its part, YouTube told the Mercury that it "consulted with numerous partners, child advocacy and privacy groups," and would always accept feedback on how to improve the app. Whatever happens, this one is likely to run and run.

In this article: Advertising, Complaint, Deceptive, FTC, google, Kids, McDonalds, Unboxing, YouTube, YouTubeKids
All products recommended by Engadget are selected by our editorial team, independent of our parent company. Some of our stories include affiliate links. If you buy something through one of these links, we may earn an affiliate commission.