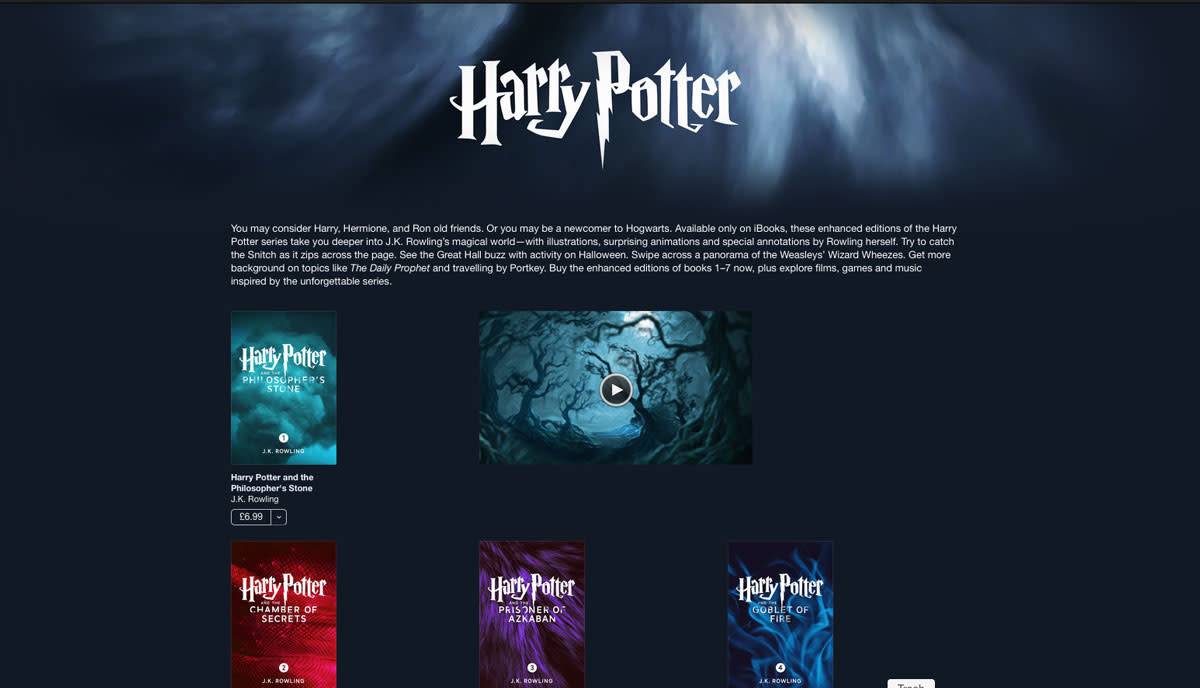 Apple fans are used to getting the latest and greatest before others, from apps all the way through to, uh, U2's latest album. But, they've also had to learn how to be patient, for instance, when it took several years before the Beatles released their back-catalog onto iTunes. That's why it's a red letter day for Harry Potter fans, since Apple has signed an "exclusive" detail with JK Rowling's people. For the first time, the digitally-enhanced versions of the world-famous novels are available on iBooks complete with high-quality illustrations and animations. The texts are still on sale at the official Pottermore website, but should you want to read them on your iPhone or iPad, you can grab each one for $9.99 a pop.

In this article: apple, Enhanced, HarryPotter, iBooks, JKRowling, Pottermore, Reading
All products recommended by Engadget are selected by our editorial team, independent of our parent company. Some of our stories include affiliate links. If you buy something through one of these links, we may earn an affiliate commission.