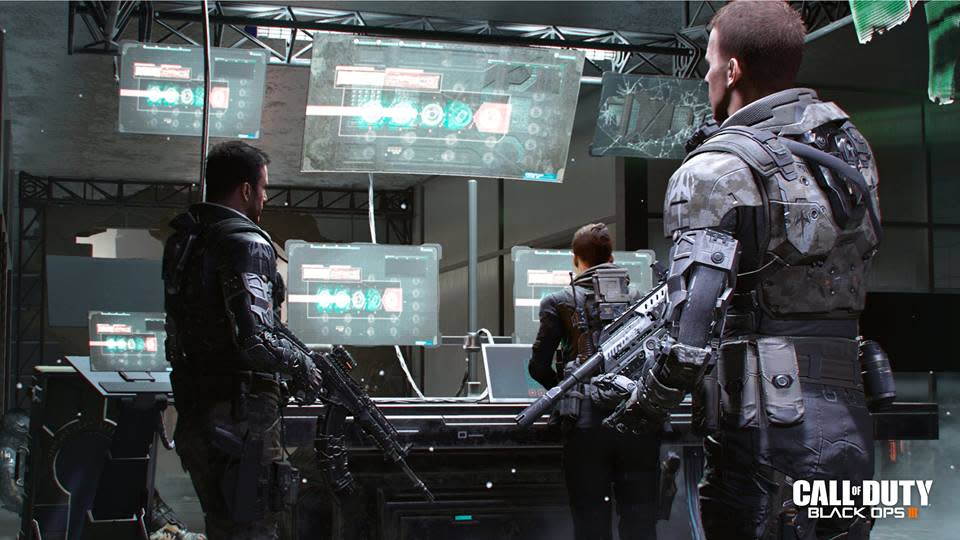 Call of Duty: Black Ops 3 developer Treyarch is embracing the Netflix way of doing business. When the game launches for PlayStation 4, Xbox One and PC on November 6th, its entire campaign will be available to play, director Jason Blundell tells Eurogamer. You'll be able to play the final chapter first and work backward, or pretend you're a time-traveler with a broken teleporter and play every section out of order. Or you can play it the retro way: Chronologically, unlocking new weapons and plot points as you go.

Blundell says the switch is aimed at catering to "far more mature" players that want to consume content on their own schedule: "Maybe they put it down on level two, and then they're in work the next day and some guy says, 'Dude, you've got to check out level four!' And he's like, 'OK, I'll have a quick look.' That's totally fine. I think it's their choice."

As for people jumping ahead, Blundell tells Eurogamer that he's not worried about it. After all, other media companies have paved the way for this distribution method. "When Netflix release House of Cards and do all the episodes, does everyone just jump to the end and go and play the last episode?" he asks. "Sure you can. But it's about the journey, though, right?"

For Call of Duty, it's usually about the multiplayer -- but we see his point. Remember, the Xbox 360 and PlayStation 3 versions of Black Ops 3 won't get the campaign at all.

In this article: Activision, blackopsiii, CallOfDuty, callofdutyblackops3, campaign, hdpostcross, Treyarch
All products recommended by Engadget are selected by our editorial team, independent of our parent company. Some of our stories include affiliate links. If you buy something through one of these links, we may earn an affiliate commission.