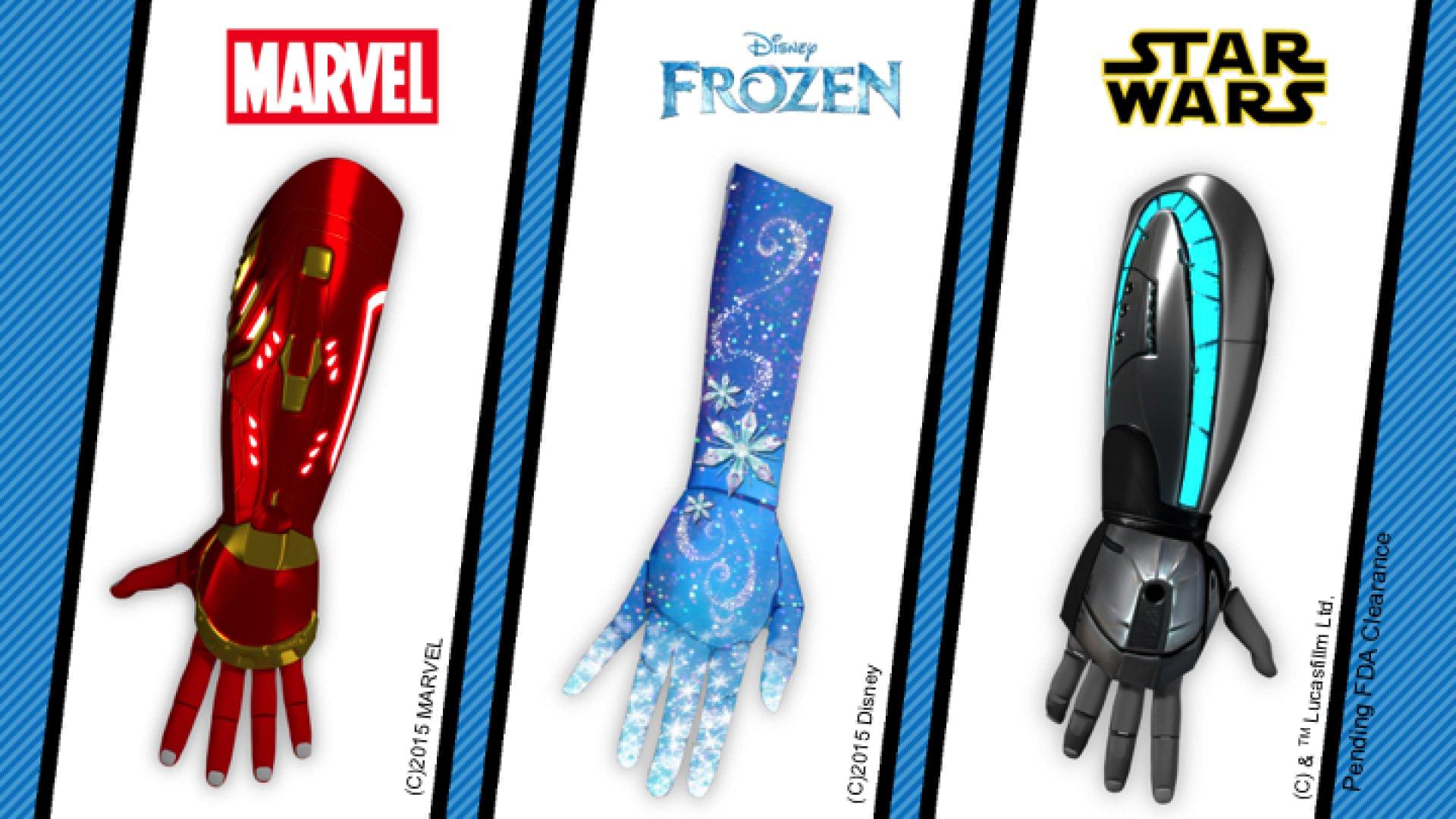 A heroic set of prosthetic hand designs will soon allow young amputees to transform into their favorite Disney characters. Whether they prefer a red Iron Man gauntlet, one of Queen Elsa's sparkling blue gloves or a hand inspired by Star Wars' iconic lightsabers, they'll be able to take on the world with a prosthetic that finally marries form and function. The three models have been created by Open Bionics, a startup working on cheap, 3D-printed hands for amputees. Joel Gibbard, the company's founder, says they'll cost around $500 and be available in 2016. Another, non-Disneyfied design should be roughly £2,000 ($3,071) -- considerably more, but still a fraction of what many existing prosthetics cost.

Open Bionics is part of the 2015 Disney Accelerator programme, which explains its choice of characters. Still, the 'House of Mouse' has been gracious enough to provide royalty free licenses, as well as time and input from its creative teams. The three versions are fitted with LED lights and, in the case of the Iron Man model, a vibration motor for when the user wants to fire a "rocket." Open Bionics isn't the first company to develop a superhero-inspired prosthetic though -- Limbitless Solutions produced a similar version back in March. Robert Downey Jr. might be too busy to hand-deliver this new model, but regardless, we suspect more than a few amputees will be psyched to join the Avengers' ranks.

In this article: 3dprinted, disney, frozen, ironman, prosthetic, prosthetichand, prostheticlimb, prosthetics, starwars
All products recommended by Engadget are selected by our editorial team, independent of our parent company. Some of our stories include affiliate links. If you buy something through one of these links, we may earn an affiliate commission.