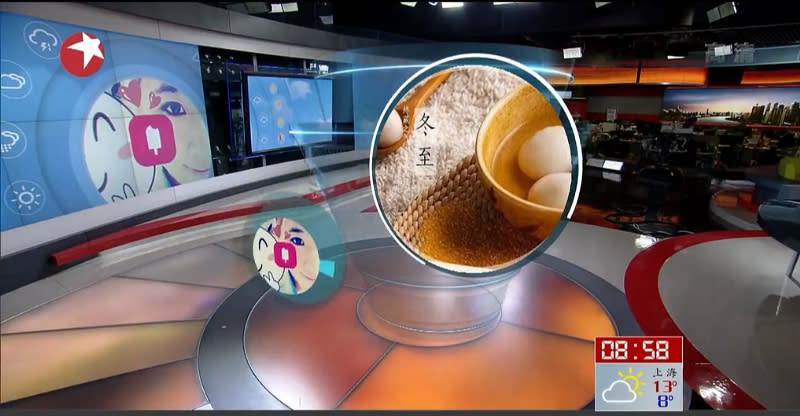 Even though machines can now generate clickbait headlines and automatically write earthquake news reports in the name of journalism, live television has remained shielded from artificial intelligence. That hasn't stopped Microsoft from trying to influence proceedings with its machine learning software, known as Xiaoice (or Little Bing), which became the first AI robot to host a segment on live TV last week.

The Chinese live program, "Morning News" introduced Xiaoice as a trainee anchor last Tuesday, where it took charge of the daily weather report. Microsoft says it calls upon smart cloud technologies and big data to learn about and interpret weather readings and then deliver reports with her "unique artificial intelligent style of emotional comments." The AI is also more human-like than any other system of its kind, scoring 4.32 out of 5 in linguistic naturalness tests. For comparison, humans have an average score of 4.76.

Before it got its new gig on Chinese TV, Xiaoice started life as an advanced personal assistant for messaging apps Line and WeChat and social networking service Weibo. On Line, the bot appeared as a young character called Rinna, who would reply to users' questions with human-like understanding and an abundance of emoji.

For Microsoft, Xiaoice is about proving that AI concepts can be made available to everyone, rather than serving in "sci-tech concepts." While the bot capable of hosting on its own, its creators see it playing an important role in working alongside presenters, allowing it to "bring more bliss to human beings."

In this article: ai, bot, china, dragontv, internet, microsoft, robots, science, weather, Xiaoice
All products recommended by Engadget are selected by our editorial team, independent of our parent company. Some of our stories include affiliate links. If you buy something through one of these links, we may earn an affiliate commission.