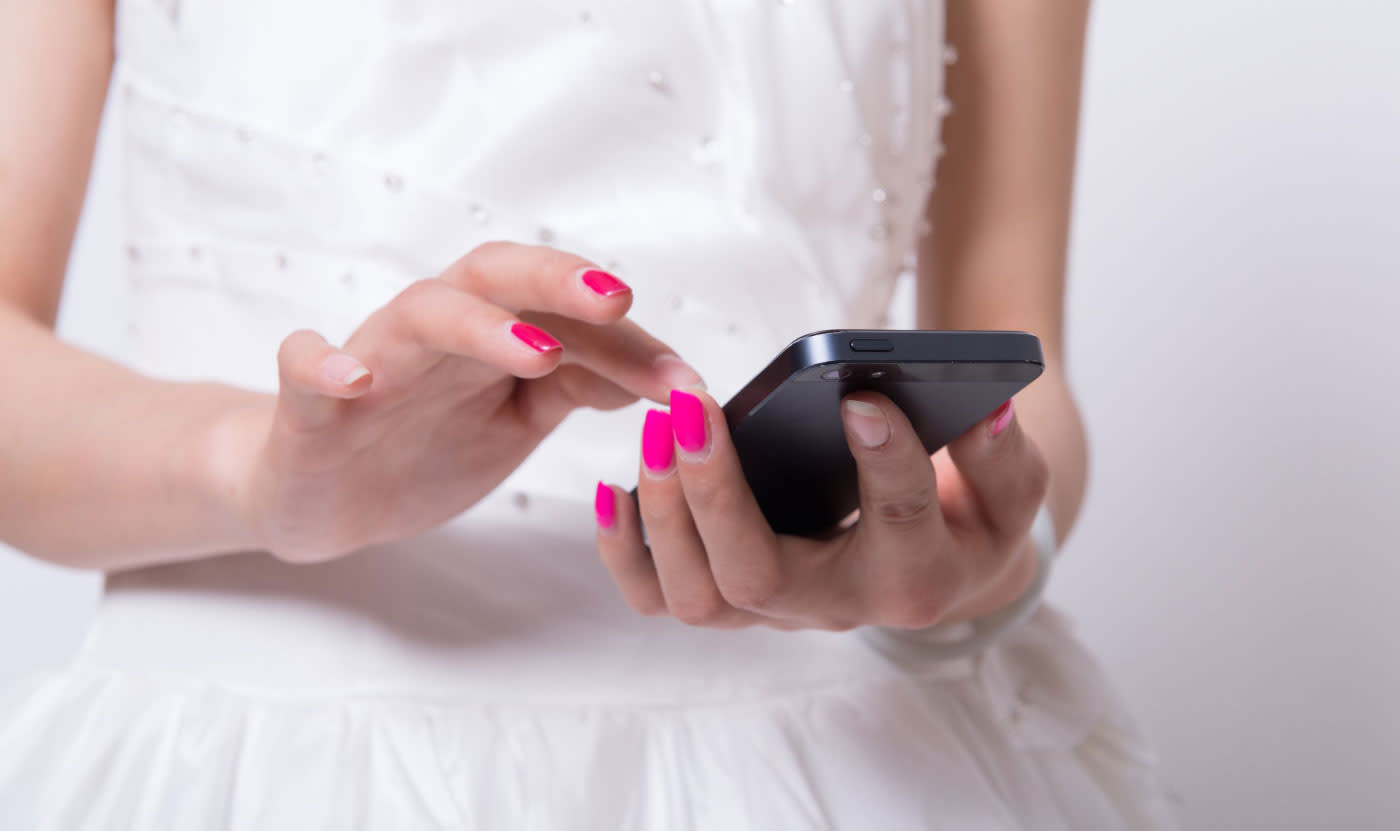 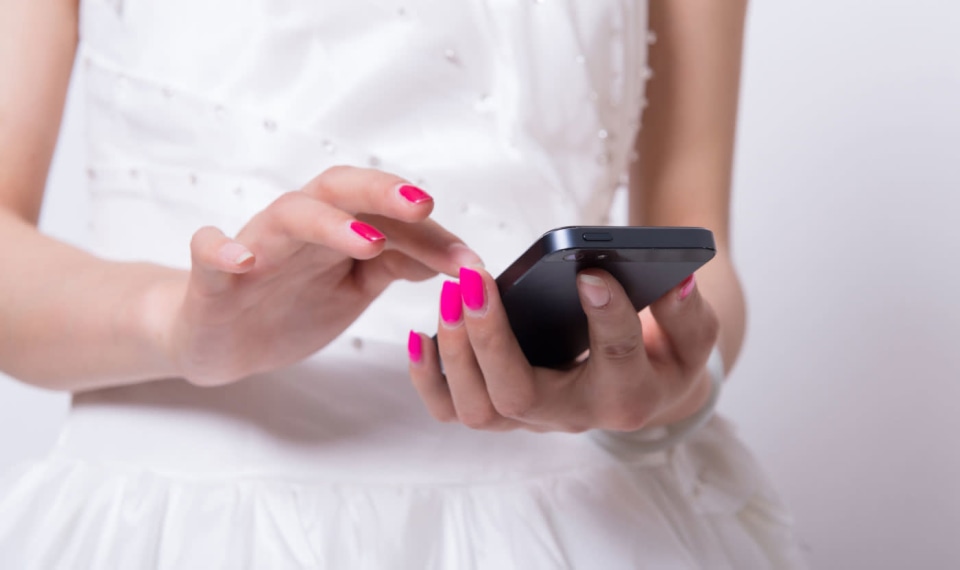 Facebook's role in the world has changed though I didn't expect to have an epiphany about that while sitting in the pews of a drafty, 11th-century church. It was at a wedding earlier this month, and the program handed out bore a disclaimer that would have been mystifying a few years ago. "Roger and Stephanie* would like to request that guests DO NOT post any photos of the ceremony, or share anything to social media relating to the day." Instead of wanting to broadcast their special moments to the world, they were actively asking people to do the opposite. The truth is that Facebook was designed for people to spill their guts, but now more people are deciding that their privacy is more important.

Facebook is rumored to be having a crisis behind the scenes, centered around something called "original sharing." It's the technical term for the sort of personal, from-the-heart updates that people make about their own lives. For instance, a piece of original sharing content would be a written status update, a selfie or a video of a newborn puppy doing a trick. But people haven't been posting these as frequently, at least according to a detailed report published by The Information earlier this month. The news site claims to have seen confidential documents showing a 21 percent drop in original sharing over the last year.

By blurring the lines between public and private, Facebook has forced people to become more guarded.

I asked Facebook for a response, and a spokesperson said that "people continue to share a ton on Facebook." Its representatives added that "the overall level of sharing has remained not only strong, but similar to levels in prior years." But that statement doesn't address the actual source of the alleged problem: People are still sharing, but what they're sharing has changed. Gone are the days when people poured the uncensored gamut of their lives onto their profile pages. And you're never going to be as engaged watching a John Oliver video as you are keeping track of what your friends are doing. Which is a problem, since your attention is the natural resource that helps Facebook make its millions.

I spoke to Facebook user Sidney Macdonald who also requested a social media blackout at her wedding. Her reasons were twofold: First, she didn't want to see a "sea of phones [as I was] walking down the aisle." Second, she feels that "too many people post things that aren't for them to post on social media, like other people's pregnancies." In this sense, Facebook might have become a victim of its own success: By blurring the lines between public and private information, it's forced people to become more guarded. It was different a decade ago, when people weren't as obsessed with manicuring their online images as they are today. Jeri* wound up quitting the site despite being an avid user since her university days, specifically because her profile showed her warts and all. Her page included photos taken at college, including one where she was the unwitting victim during a game of Human Buckaroo. It didn't occur to her that, when her employees asked to connect with her on the site that they'd spend any time delving into her past. But one member of the team found a picture of the sleeping Jeri, covered in cookware, and began to pass it around the office.

When Facebook started, we put photos of our drunken, youthful hijinks online because, hey, everyone else was doing it, right? The intervening years probably eroded our collective spirit of #YOLO faster than we'd like to admit. Dicks like Jeri's colleagues are one reason we all started to clam up online, and what Edward Snowden taught the world was another. He told us that the government was spending inordinate amounts of time watching everything we do online. Even worse, NSA employees were extracting pictures of naked women from private messages and sharing them around the office. It's no surprise to see that people started to become more guarded online when there's a risk that Seal Team 6 has seen you in the buff.

You're not going to hang out at the same bar where your parents and grandparents are regulars.

User Dave McGeady says that Facebook's push to connect everyone in the world has caused a shift in its ethos. Back in the old days, he felt the site was "an old wall where people might scribble graffiti" but has now become a public space with eyes everywhere. As he says, "an 'edgy' joke might be interpreted the wrong way" by people who aren't in on the gag. That's not a defense of people having a space to be dicks either, but a legitimate psychological need not to be under scrutiny all the time. It's a common malaise of open-plan office workers since the lack of space for people to be themselves causes serious harm to both productivity and mental health.

At 31, I'm too old to be a millennial by most standards, but it seems that even the generation that followed mine is disaffected with Facebook. Sam* for instance, is 25, making him an ideal target for advertisers who want to get to him via social media. But he's stopped engaging with Facebook because, in his own words, he's "no longer a teenager or at college where something crazy happens each week." He feels the site has become something of a link dump and has become bored of the site's news feed, saying that it's now full of "shit videos and listicles that people can like and share without trying."

Facebook's algorithmic news feed also came under fire from fashion blogger Jennifer Rosellen, who said that ditching a chronological list of updates was a mistake. The automatically curated feed "means it's often pointless, as your posts get lost in people's news feeds." Despite also being a millennial, she feels that she's now "too old" for the site, even though her 55-year-old father and his friends are avid users. Maybe that's another problem: You're not going to hang out at the same bar where your parents and grandparents are regulars.

The 18 to 30 crowd are now turning on their heel and taking their social media interactions elsewhere, and by elsewhere, I mean Snapchat. Research firm Piper Jaffray surveyed 6,500 teenagers and found that they ranked Facebook as the fourth most desirable place to hang out online. The aging site now lags behind Snapchat, Instagram and Twitter, which means it doesn't even get a medal in the coolness race. Facebook has traditionally dealt with such existential threats by opening up its checkbook, picking up Instagram and WhatsApp for around $20 billion. But it doesn't look as if Snapchat, the closest contender for the millennial crown, can be bought off so easily: The service has already rebuffed a $3 billion buyout attempt. Twitter, too, through its Vine and Periscope arms, dominates a live video market that Facebook is only now entering.

It's important to see what those other services offer that Facebook cannot and why Snapchat has won so many teenage hearts and minds. If you wanted to brag about your hobbies in a space your parents can't see, you'd go somewhere other than Facebook. Fifteen-year-old Ishan Haque explained to Business Insider that he doesn't post to Facebook "unless it's something to do with family or making me look like a Good Samaritan." Snapchat, meanwhile, lets you tell your friends you got high on 4/20 and the image disappears in a matter of seconds. It also warns you if someone tries to record the picture for posterity, enforcing trust between friends.

People are resentful of the blurred lines between public and private information and are taking strong measures to protect themselves. It makes Sheryl Sandberg's comment that "you can't be on Facebook without being your authentic self" sound even more foolish: A combination of public exposure and societal pressure means that Facebook now puts you on your best behavior. Engadget has previously reported on how people prefer to split their lives across a wide range of social media, but this isn't the Facebook way. Its attempt to become the single, preeminent social network has led to a situation where everyone's all in the same room, but nobody's talking.

In this article: culture, Facebook, internet, MarkZuckerberg, opinion, OriginalSharing, services, SherylSandberg, SocialMedia
All products recommended by Engadget are selected by our editorial team, independent of our parent company. Some of our stories include affiliate links. If you buy something through one of these links, we may earn an affiliate commission.