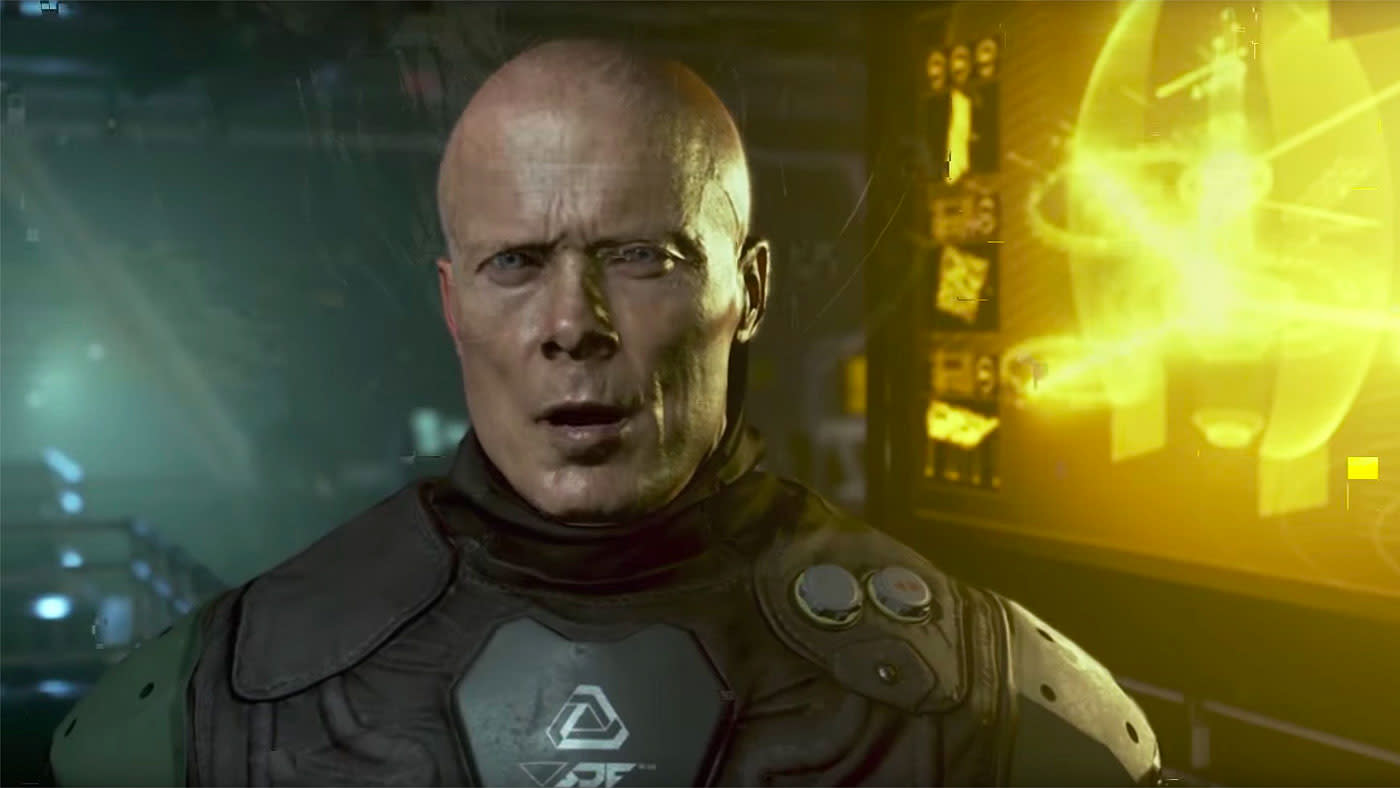 The Call of Duty series has been embracing dark sci-fi settings in recent games, and that trend doesn't seem to be slowing down any time soon. Activision has posted a teaser for Call of Duty: Infinite Warfare that gives you a hint as what's coming, and it's clear that you'll have to grapple with yet another dystopic future. A fearsome-looking representative of the "Settlement Defense Front" threatens to tear out his foes "from the history books" and otherwise usher in doom, complete with a brief glimpse of a city being wiped out. Ominous!

There isn't too much more to be divined from the trailer, but it does give away a couple of series mainstays: there's a mention of Nuketown (the classic multiplayer map) and an allusion to Ghost's skull face mask. You likely won't have to wait long to hear more about the game, at any rate. Given that leaked in-store displays for Infinite Warfare were reportedly due to go up as soon as May 3rd, the odds are that you'll get the full scoop in the next few days.

Update 5/1: There's another teaser, this one from the protagonists' point of view. It reveals even less than the first clip, unfortunately. However, it does show a Lieutenant Reyes from SATO talking about hitting back despite daunting odds, and it links to a Facebook Messenger chat bot that challenges you to find 11 parts of a 12-letter code (spoiler: it's GCNE3MD4GATF). Enter it and you'll find out that more news is coming at 4PM GMT on Monday, or 12PM Eastern.

Update 2: Yep, there's more. The developer, Infinity Ward, has posted a behind-the-scenes video that offers a very brief glimpse of what it's working on. Most of the clip is a self-congratulatory pat on the back for Call of Duty's success to date, but it mentions work on a "new level of storytelling" that better explains what it's like to lead soldiers into combat.

In this article: activision, av, callofduty, callofdutyinfinitewarfare, gaming, infinitewarfare, infinityward, video
All products recommended by Engadget are selected by our editorial team, independent of our parent company. Some of our stories include affiliate links. If you buy something through one of these links, we may earn an affiliate commission.