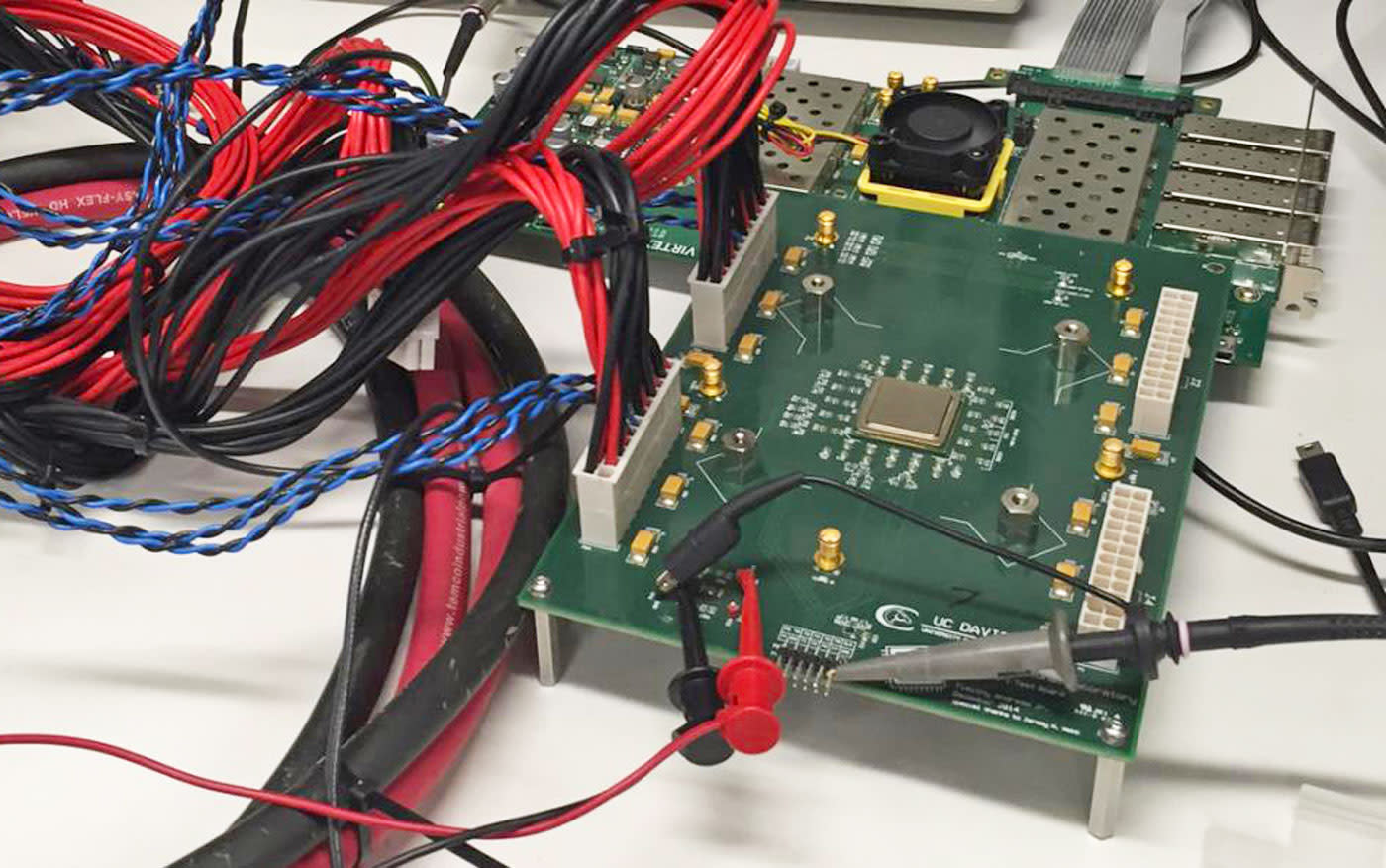 You may have heard of many-core processors before, but you probably haven't seen anything like this. UC Davis has developed the KiloCore, a CPU that (as the name suggests) packs a whopping 1,000 cores -- extremely handy for very parallel tasks like encryption, crunching scientific data and encoding videos. And importantly, it's not just about performance. Thanks to its ability to shut down individual cores, the chip can handle 115 billion instructions per second while using 0.7W of power. That's enough that you could run it off of a lone AA battery, folks.

You aren't about to see mass production. The university had IBM manufacture the chip on a relatively ancient 32-nanometer process when the industry's newest processors are usually made using a smaller, more efficient 14nm technique. However, it raises the possibility of many-core processors finding their way into many mobile devices. They're not universally helpful (many tasks are better-served by a few very fast cores), but they could save a lot of time when your laptop or phone would otherwise churn slowly.

In this article: computer, cpu, kilocore, personal computing, personalcomputing, processor, science, ucdavis, universityofcaliforniadavis
All products recommended by Engadget are selected by our editorial team, independent of our parent company. Some of our stories include affiliate links. If you buy something through one of these links, we may earn an affiliate commission.