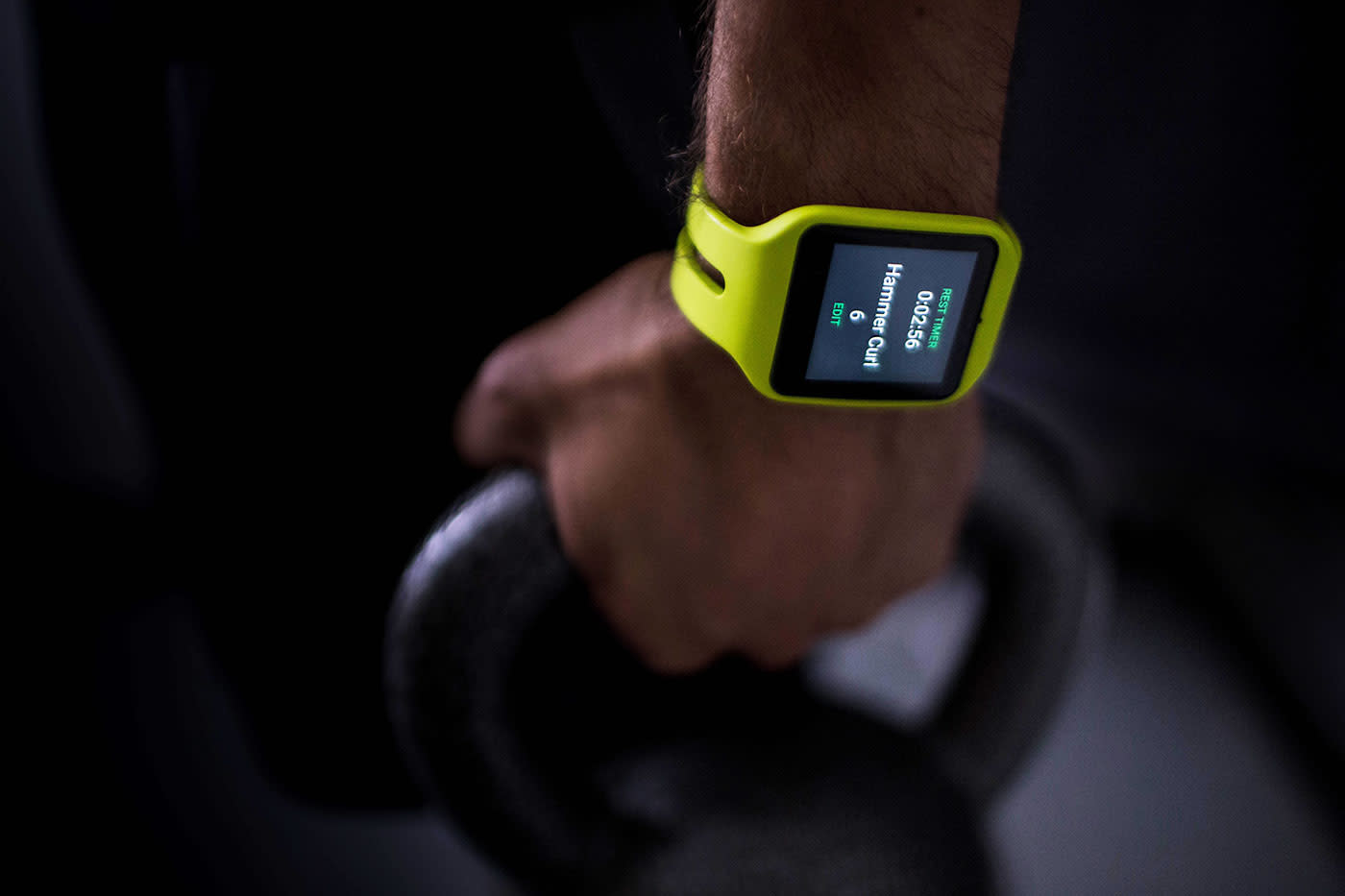 We've seen a number of wearable devices that track your weightlifting sessions at the gym, but Rithmio has a new app that does so with a device you may already own. The Rithmio Edge app works with Android Wear smartwatches to keep tabs on your workout, tracking both exercises and reps using the company's gesture recognition technology. The app learns your movements as you go so it can log the different exercises you fancy during those lifting routines. It also tracks reps and sets so you'll not exactly where you stand when it comes time to analyze progress.

At the end of each session, the Rithmio Edge app offers a summary of the muscle groups you worked, how long you were active and an overview of the workout. It also keeps track of stats on the exercise level, so you can easily keep an eye on personal goals. All of that sounds great, but the software has to be able to distinguish between exercises in order to be really useful. Rithmio says over the course of five years it developed the software that runs Edge, fine-tuning it to tell the difference between similar movements. It can discern when you're doing a bicep curl and when you opt for a hammer curl, for example. We look forward to putting it to the test. Weightlifting trackers have been around for a while now, but most of what we've seen has been a dedicated wearable just for your time at the gym. Whether it's the Push band, Gymwatch, Atlas Wristband or Beast Sensor, the options are many if you don't mind taking a separate gadget with you. If you already own an Android Wear smartwatch, Edge offers a more convenient method for tracking activity that doesn't require one more thing to keep up with.

Rithmio has more features in the works for the Edge app, too. Eventually, the goal is to allow users to build their workout plan inside the app as well as enhancing post-workout analysis and tracking more exercises. If there's a movement that the software doesn't recognize right now, you can log those manually. Again, you'll need an Android Wear smartwatch to give it a shot, but you can grab the free companion app from Google Play now.

In this article: activitytracker, androidwear, exercise, gear, gym, rithmio, rithmioedge, smartwatch, wearables, weightlifting, workout
All products recommended by Engadget are selected by our editorial team, independent of our parent company. Some of our stories include affiliate links. If you buy something through one of these links, we may earn an affiliate commission.