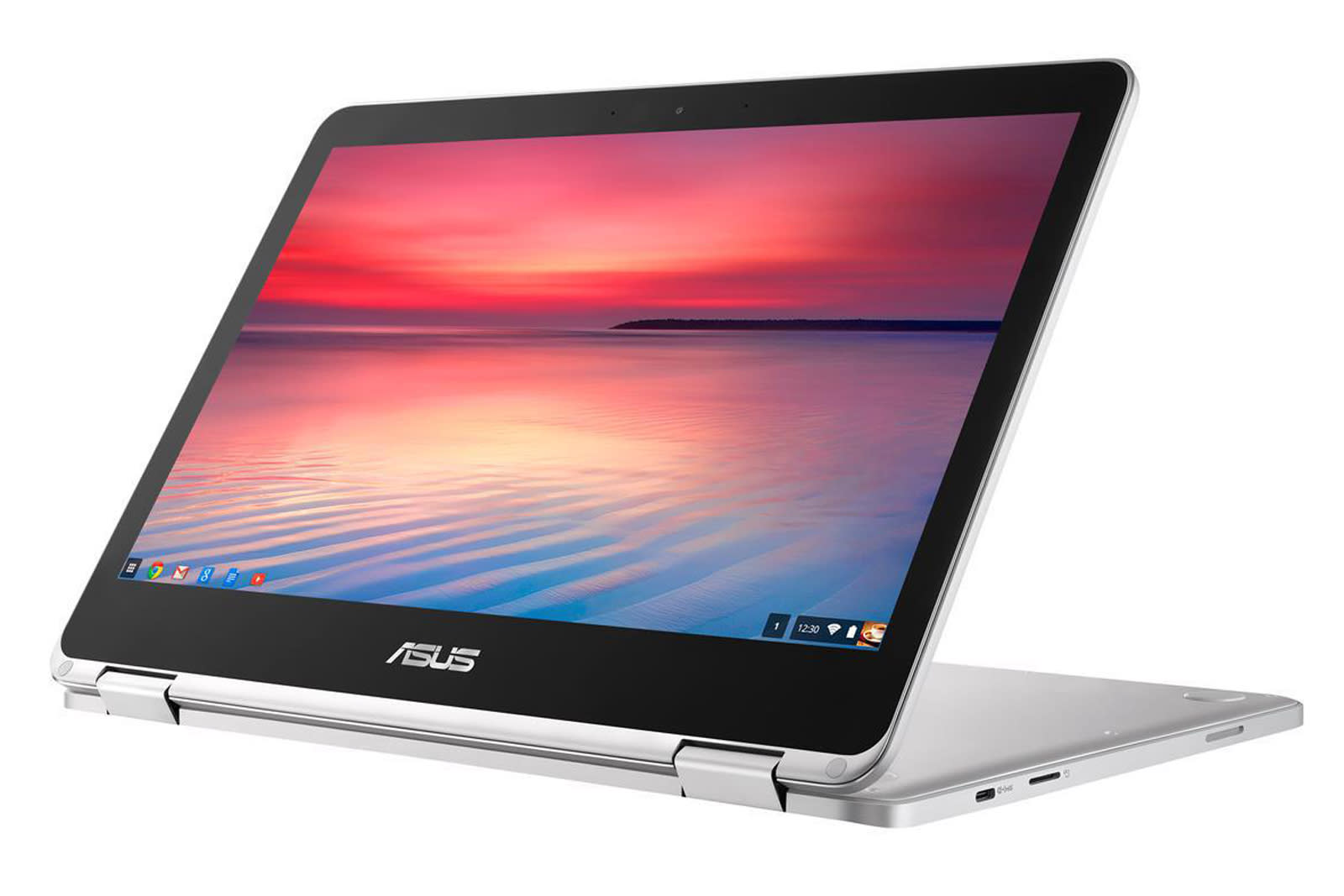 ASUS' Chrome OS efforts are currently headlined by the cheap-and-cheerful Chromebook Flip, which mainly stands out for combination of a 2-in-1 design with a bargain basement price. However, the PC maker is about to shake things up in a big way. In the culmination of a series of leaks, Newegg has listed a $499 C302CA laptop that appears to be an upscale sibling to (but not replacement for) the Flip. It touts a larger 12.5-inch, 1080p screen, and it's running Intel's Core m3 processor instead of the budget Rockchip part you saw in the Flip last year. Combine that with 4GB of RAM and 64GB of storage and it's clear that this is a premium Google-powered system -- not at the level of the Chromebook Pixel or HP Chromebook 13, but much nicer than the Celeron-based portables that dominate the Chrome OS world.

Accordingly, the C302CA carries a more refined version of the Flip's all-metal design that includes two USB-C ports and a microSD card reader. It's much heavier than the Flip at just under 2.7 pounds, but you might not mind as much given the larger display and 0.5-inch thickness.

Newegg shows the system in stock as we write this, so you might get to buy one before it's even announced. You might want to hold off until CES in early January, though. There's a real chance that ASUS will formally unveil the C302CA at the trade show, and it's likely to confirm specs as well as the possibility of different configurations. You'll have a better idea of what you're buying.

In this article: asus, ces2017, chromebook, chromebookflip, chromeos, computer, gear, laptop, pc, personal computing, personalcomputing
All products recommended by Engadget are selected by our editorial team, independent of our parent company. Some of our stories include affiliate links. If you buy something through one of these links, we may earn an affiliate commission.