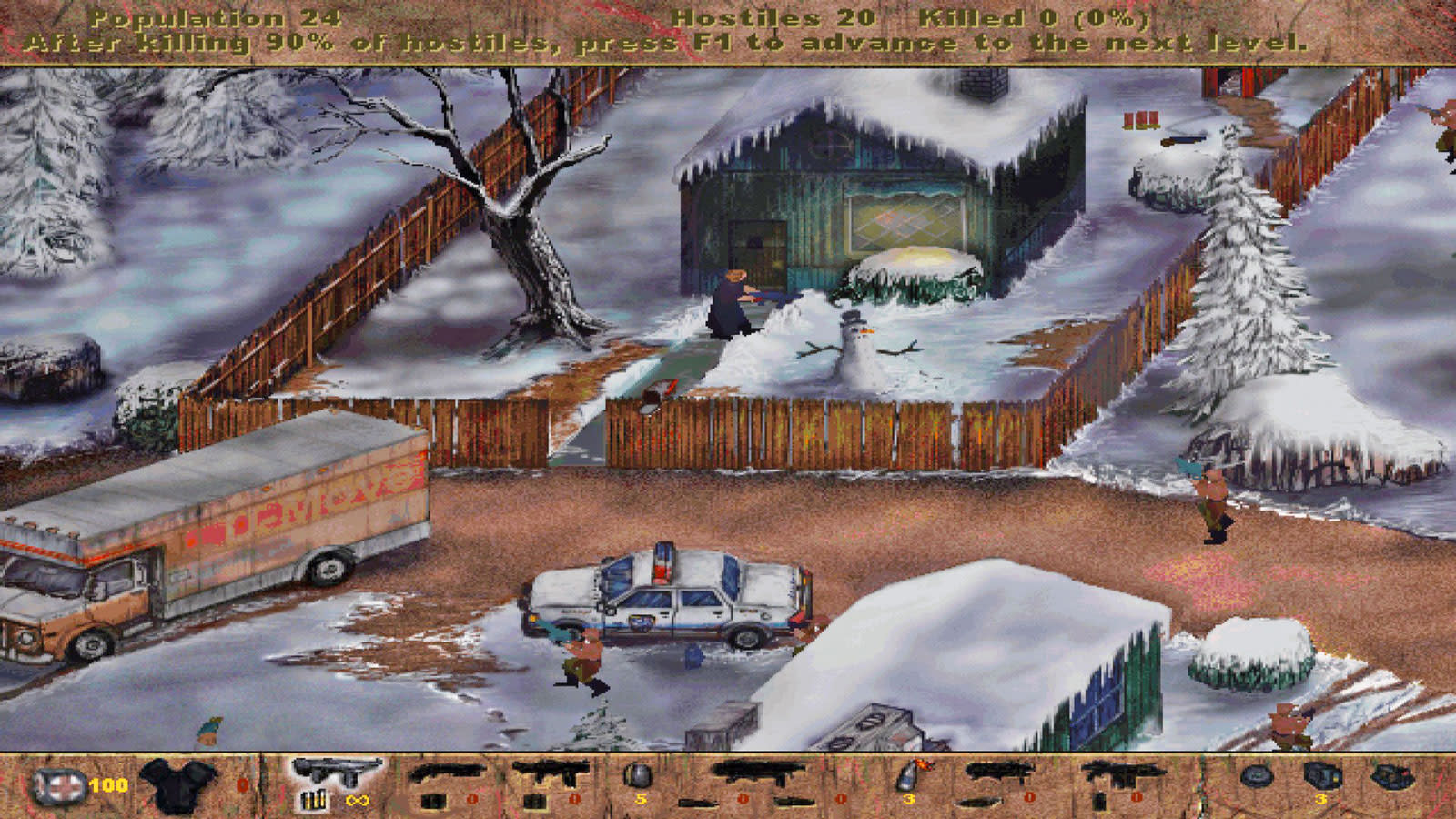 Behind the ongoing public debate on violent video games, a few key titles always stand out -- but before the public was freaking out about Grand Theft Auto, it was reeling in shock from Postal. This ridiculous satirical smorgasbord of violence earned the accolade of "digital poison" from Senator Joe Lieberman at launch, but still gathered a cult following. Earlier this year, the game saw a high definition remaster -- but the original game isn't dead yet. Developer Running With Scissors just announced that its making the 1997 original open source -- publishing the code on Bitbucket under the GPL2 license.

The company's teased releasing the code before -- last year it promised Twitter to make the game open source if "someone promises to port it to the Dreamcast." Now, that's possible. "We're entrusting our fans with the future of our game," the company wrote on its website. "Anyone with the time and skills can now tweak/change/update/modify anything in the game at all!" That means 19 years later, Senator Lieberman could choose to tweak the violence out of the game ...but it's more likely that fans will up the ante. Why release the port now? Well, Running With Scissors' motives aren't too opaque. "Seriously, someone get on that Dreamcast port," the company announcement concludes. "We're not joking."

In this article: av, Dreamcast, esrb, games, gaming, lieberman, opensource, pcgaming, postal, runningwithscissors, videogames, violence
All products recommended by Engadget are selected by our editorial team, independent of our parent company. Some of our stories include affiliate links. If you buy something through one of these links, we may earn an affiliate commission.