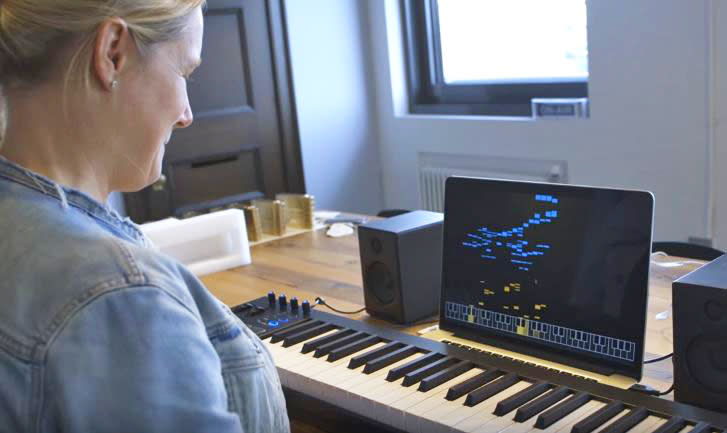 When Google tries to educate public about its AI research, it often releases tools that playfully explain the grittier, technical corners of artificial intelligence. Like, say, neural network software that looks at objects through your device's camera and spits rhymes about everyday objects. But they also launch fun tools, like AI Duet, an interactive web-based app that accompanies your piano plinking.

Musician Yotam Mann first debuted the app at an event back in November after staying at Google Creative Lab in New York, then open-sourced the code for it. But since it was a bit of a pain to install, the search giant cleaned it up and released it with a simpler web-based interface. On desktop, your home keys activate a slice of the piano's middle notes, while mobile users can tap directly on the screen. It's playful and easy to use, if not totally intuitive about when your AI partner will jump in already.

The app runs off Tone.js, an audio library that Mann built himself, but its accompaniment logic is built off Magenta, Google's TensorFlow framework for deep learning. But as Mann tells in the video above, it's not just the AI that's adjusting to humans: As their digital partner riffed new tones off their original notes, folks kept playing to build a simultaneous harmony, creating a continual play loop. Now that's some biotech synergy.

In this article: ai, AIDuet, deeplearning, gear, google, magenta, music, personal computing, personalcomputing, TensorFlow, YotamMann
All products recommended by Engadget are selected by our editorial team, independent of our parent company. Some of our stories include affiliate links. If you buy something through one of these links, we may earn an affiliate commission.