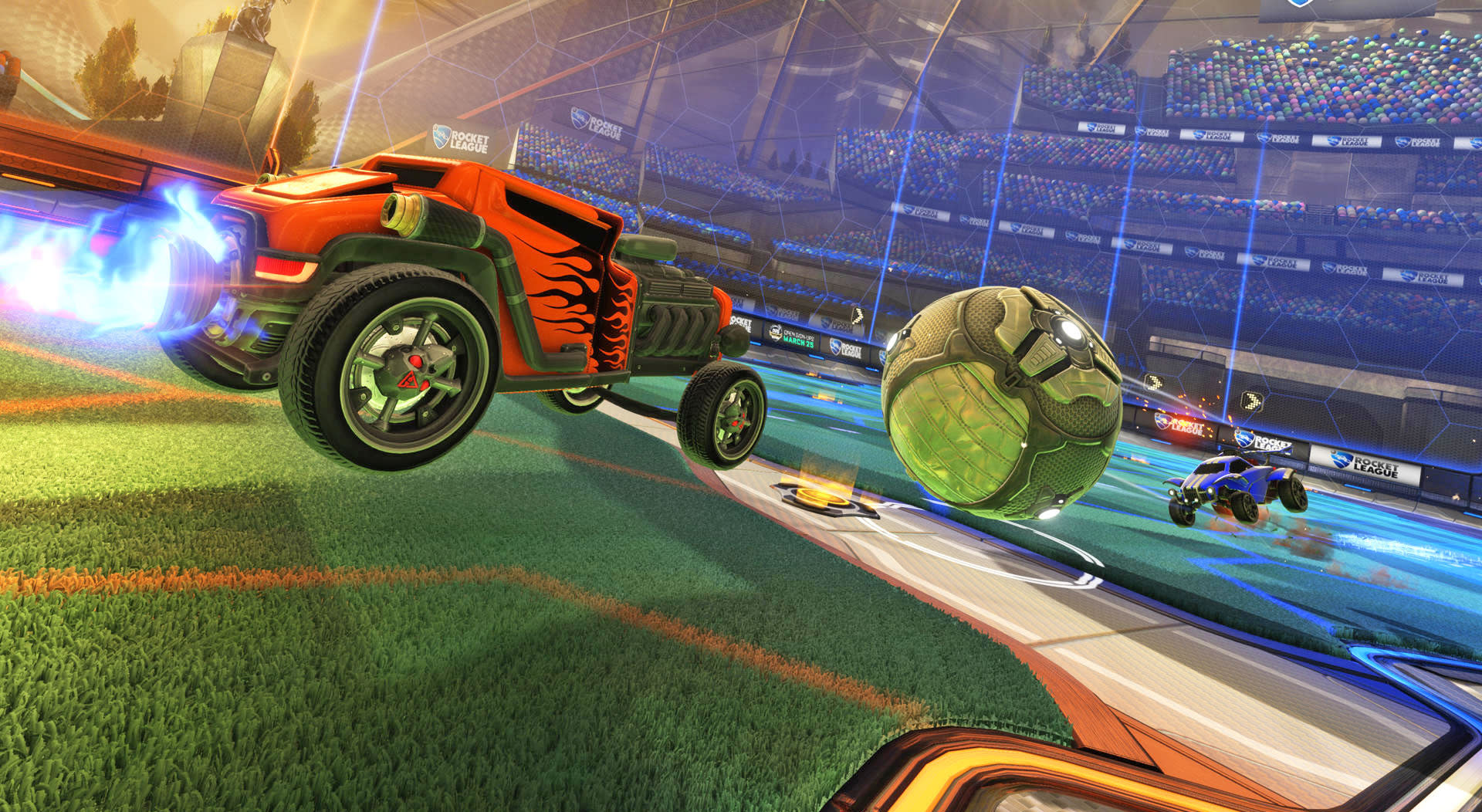 All online games eventually die. But the difference between the original version of World of Warcraft and, say, Call of Duty: Ghosts is that WoW was more of a service on an open system (PC). Players were able to gradually migrate to its annual expansions while remaining a part of the overall population.

Comparatively, CoD is a franchise with annual sequels on several different pieces of hardware, each with cordoned-off players who jump from one game to the next. But sometimes you don't want to stop playing a game just because seemingly everyone has moved on after 14 months. Rocket League developer Psyonix's Jeremy Dunham has an idea for how to fix these fractured player bases: opening up cross-platform multiplayer.

"We're not trying to build six Rocket Leagues," he said. "We're not looking forward to when Rocket League 2 and 3 and 4 are coming out. Rocket League is the game we're gonna keep updating. It's important to us to keep that going, cross-generation, across multiple platforms without sacrificing anything."

He made the analogy of "connective tissue:" something is needed to maintain a healthy player-base for any game, not just his. Once the next round of consoles is out, the chances of not being able to play something with the friends you used to because they either haven't upgraded to new hardware, or they switched from Xbox to PlayStation could become a real problem. Especially when a game is essentially multiplayer and nothing else.

"That's eventually gonna happen if we can never have true cross-network play as the systems get more and more complex," he said.

It's a matter of course that players will move on to the next big game and that companies will shut down servers because there isn't enough of a community for a given title. For example, Team Fortress 2 was a part of The Orange Box compilation from Valve on PC, PlayStation 3 and Xbox 360. The game had a short window of popularity when it was released in late 2007, but finding other players on consoles was difficult after that. Fast forward ten years and it's still one of the most popular shooters on PC. Same goes for Counter-Strike, or to a lesser extent, Left 4 Dead.

Of course, Dunham and his studio have a vested interest in cross-network play. Last spring the team announced that it'd figured out how to connect players on different brands of hardware and that all that was standing in the way was the platform holders. Since then, Psyonix has added PlayStation 4-to-PC competition, Xbox One to PC, Switch to Xbox One-and-Switch to PC cross-network play. Sony is the only hold out for connecting its PS4 players to folks on other consoles. Dunham said that since Rocket League's launch, at least one person from his team has been in contact with PlayStation "every single day" since. The topic of cross-network multiplayer has come up several times, but the response rarely changes.

"There have been slight variations on how it's been presented to us, but essentially it's the same answer," he said. "It's 'not right now" or 'It's something we'll consider.' That's paraphrasing, but there hasn't been any movement."

In contrast, when Psyonix approached Nintendo about cross-network play, the studio had a positive response the same day. Microsoft took a bit longer.

"I think it was only about a month after our release, maybe less, that [Microsoft] said, 'Okay we're gonna go ahead and do it. You guys are gonna be the first [to have cross-network play].'"

Dunham said that once cross-network play is available for every game — not just his own — that games with shorter lifespans (think: the yearly turnover of CoD) will naturally reverse the attrition.

He gave the example of a family where one cousin could only afford a $299 Nintendo Switch and another had the $500 Xbox One X. Both will be able to play Rocket League and Minecraft together this fall despite being wildly different pieces of hardware and technology. "That means a lot to that family. Imagine how many friends and families that'd mean a lot to."

Warm sentiments aside, cross-network play makes a lot of sense for other reasons. Having access to more players would result in faster matchmaking, better matches and access to better opponents, according to Dunham. In fact, Sony has already allowed it for games that have a dismal player count. Early last year DC Universe Online (a PS4 launch title) opened up cross-platform play between PC, PlayStation 3 and PS4. Last autumn, Eve: Valkyrie for PlayStation VR could connect to players on both HTC Vive and Oculus Rift for online space dogfights. Knowing that the company can do it, Sony only looks stubborn for not playing nicely with competitor's consoles more broadly.

Seemingly in response to Sony's recent comments that cross-network play wouldn't be appropriate for players of all ages, Dunham said that his team already has safeguards in place.

You can't use voice to communicate via cross-platform, for instance. All you can do is use pre-written quick chat messages. If a Steam user has an off-color name, there's a filter in place to block it out. Essentially, you can't even tell if someone you're playing against is on a different piece of hardware than you.

"We have all these protections in place to ensure your experience isn't terrible," he said. "There's always gonna be trolls that can find a way to do anything, but that's not platform agnostic — that's universal."

Psyonix has tested cross-network play extensively in closed environments to make sure that Xbox-to-PlayStation play is actually possible, and Dunham said that it works seamlessly. It's just a matter of matching network protocols and requirements from the disparate systems.

"I don't think anything is ever a done deal," Sony's Jim Ryan recently told Eurogamer. "Anybody who is dogmatic in that manner is typically a fool.

"That said, to my knowledge, there is no live conversation ongoing at the moment." So much for that idea, then.

All products recommended by Engadget are selected by our editorial team, independent of our parent company. Some of our stories include affiliate links. If you buy something through one of these links, we may earn an affiliate commission. All prices are correct at the time of publishing.
View All Comments
'Rocket League' will die without cross-console multiplayer
applenews
av
business
crossplatform
crossplatformplay
e3
e32017
gaming
jeremydunham
microsoft
nintendo
nintendoswitch
pcgaming
playstation
playstation4
ps4
psyonix
rocketleague
sony
steam
switch
windows
xbox
xboxone