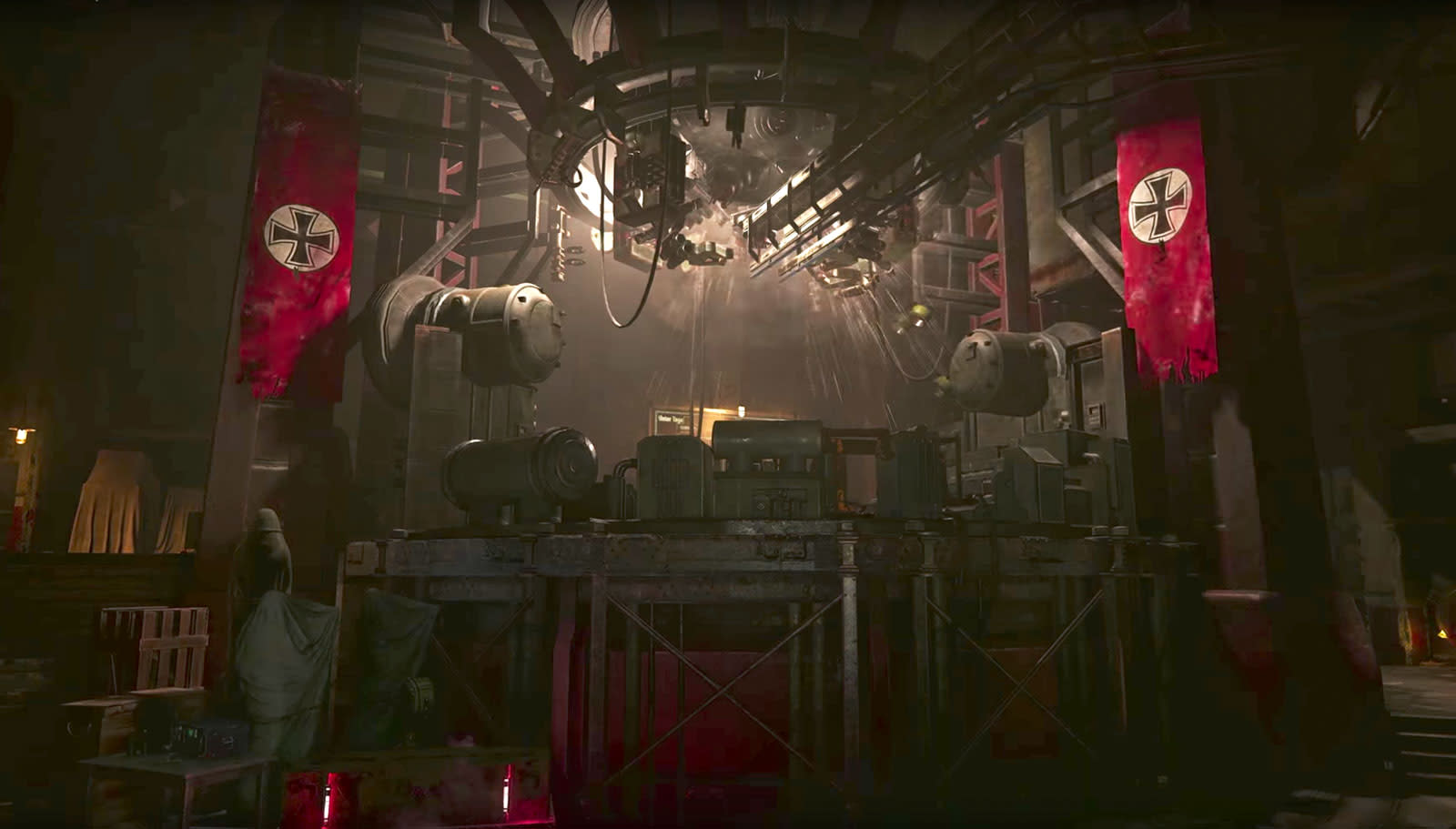 Zombie mode is back for Call of Duty: WWII, and developer Sledgehammer Games just dropped a trailer for the undead nightmare mode. Of course, you and your pals are tasked with eradicating the Nazi zombie scourge. The trailer's YouTube description is as follows:

"Players will embark on a chilling and mysterious journey through a snowy Bavarian village in Mittelburg, Germany, as they attempt to recover priceless works of art stolen by the Axis powers in World War II. This village holds a shadowy secret key to an unimaginable and monstrous power. Nothing is as it seems in this zombies horror, as a dark and sinister plot unfolds to unleash an invincible Nazi army of the dead."

There's little concrete info in the trailer, aside from a Nazi scientist claiming that he's created "the devil himself." He sounds like he'd be a real blast to have at parties. There may be even more info released soon, but for now, you'll just have to loop the video embedded below until Sledgehammer fills us in.

Here's to hoping that we'll have more news ahead of WWII's November 3rd release date across PC, PlayStation 4 and Xbox One.

In this article: activision, av, callofduty, callofdutywwii, gaming, pcgaming, playstation, playstation4, sledgehammer, sledgehammergames, steam, wwii, xbox, xboxone, zombies
All products recommended by Engadget are selected by our editorial team, independent of our parent company. Some of our stories include affiliate links. If you buy something through one of these links, we may earn an affiliate commission.