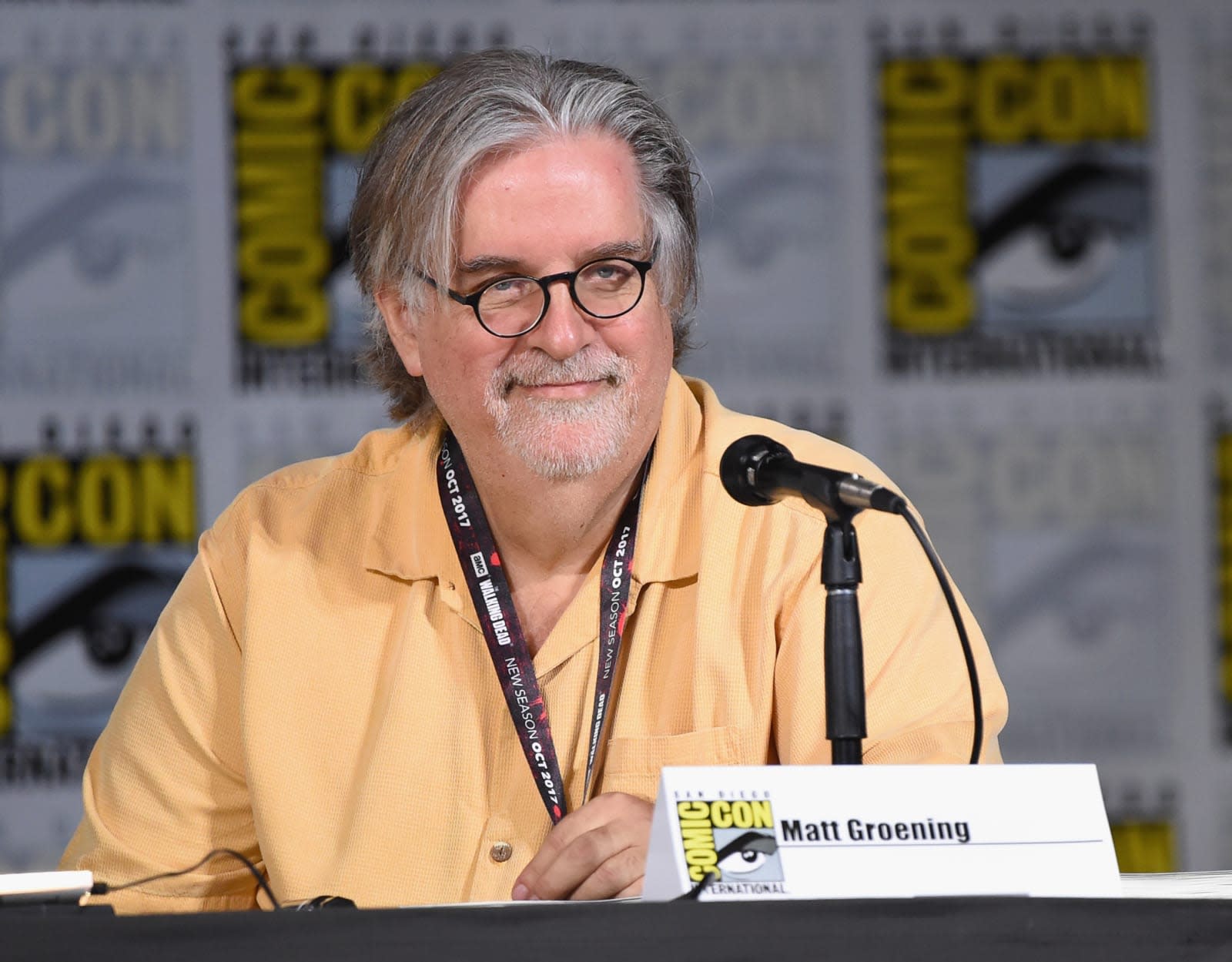 It's been almost 30 years since Matt Groening launched his yellow nuclear Simpsons family on the Fox network. It's been about 18 since he took to the stars with Futurama. Both series have been successful, with plenty of recent merchandise, VR celebrations and mobile games to keep fans invested in the respective animated universes. Groening is headed to Netflix with his next project, Disenchantment, another animated series for grown ups. This time, however, Groening will explore the epic fantasy genre via the misadventures of the "hard-drinking young princess Bean, her feisty elf companion Elfo, and her personal demon Luci."

"Ultimately," said Groening in a statement, "Disenchantment will be about life and death, love and sex, and how to keep laughing in a world full of suffering and idiots, despite what the elders and wizards and other jerks tell you."

Disenchantment has an all-star voice cast as well. The lead voice actors feature BoJack Horseman's Abbi Jacobson as Bean, Nat Faxon from The Cleveland Show as Elfo and American Dad's Eric Andre as Luci. The cast will also have Futurama's John Dimaggio and Ren and Stimpy's Billy West along for the ride. The animation is being created by the same studio that does Futurama, Rough Draft Studios. The show itself will appear on Netflix in ten episode blocks starting in 2018.

In this article: av, disenchanted, entertainment, futurama, matt groening, netflix, simpsons
All products recommended by Engadget are selected by our editorial team, independent of our parent company. Some of our stories include affiliate links. If you buy something through one of these links, we may earn an affiliate commission.