Lenovo made a basic Echo Show out of a tablet dock

Lenovo's collaboration with Amazon to make Alexa-powered devices began with the Smart Assistant speaker in January, but the PC maker is far from done with its smart-home ambitions. Today, the company unveiled the Home Assistant Pack, which is basically a $70 speaker dock that attaches to and props up tablets while boosting the audio capabilities. In short, stick this on the side of your tablet, and you'll give it more volume, better microphones and an Echo Show-like display for Alexa.

That sounds like a nifty way to repurpose your tablet, and I'm excited by the idea, but there is one big caveat with the Home Assistant Pack: It only works with Lenovo's Tab 4 and Tab 4 Pro (both come in 8-inch and 10-inch models). For now, anyway. The company hasn't shared whether it will make docks that are compatible with other devices yet, but it will likely depend on how well this version does.

From my brief preview at a recent demo in New York, the dock performed as promised. I asked Alexa "How old is the president?" from about 5 feet away in a quiet room. The Home Assistant Pack's two far-field mics heard me, and Alexa read me the correct answer through its three-watt speaker within seconds. A card appeared on the screen as well, via the custom Home Assistant app, saying that President Donald Trump is 71. Of course, the relatively distraction-free environment I was in provided an ideal situation for this test -- whether the dock can hear me as well over my TV or chatty friends remains to be seen. 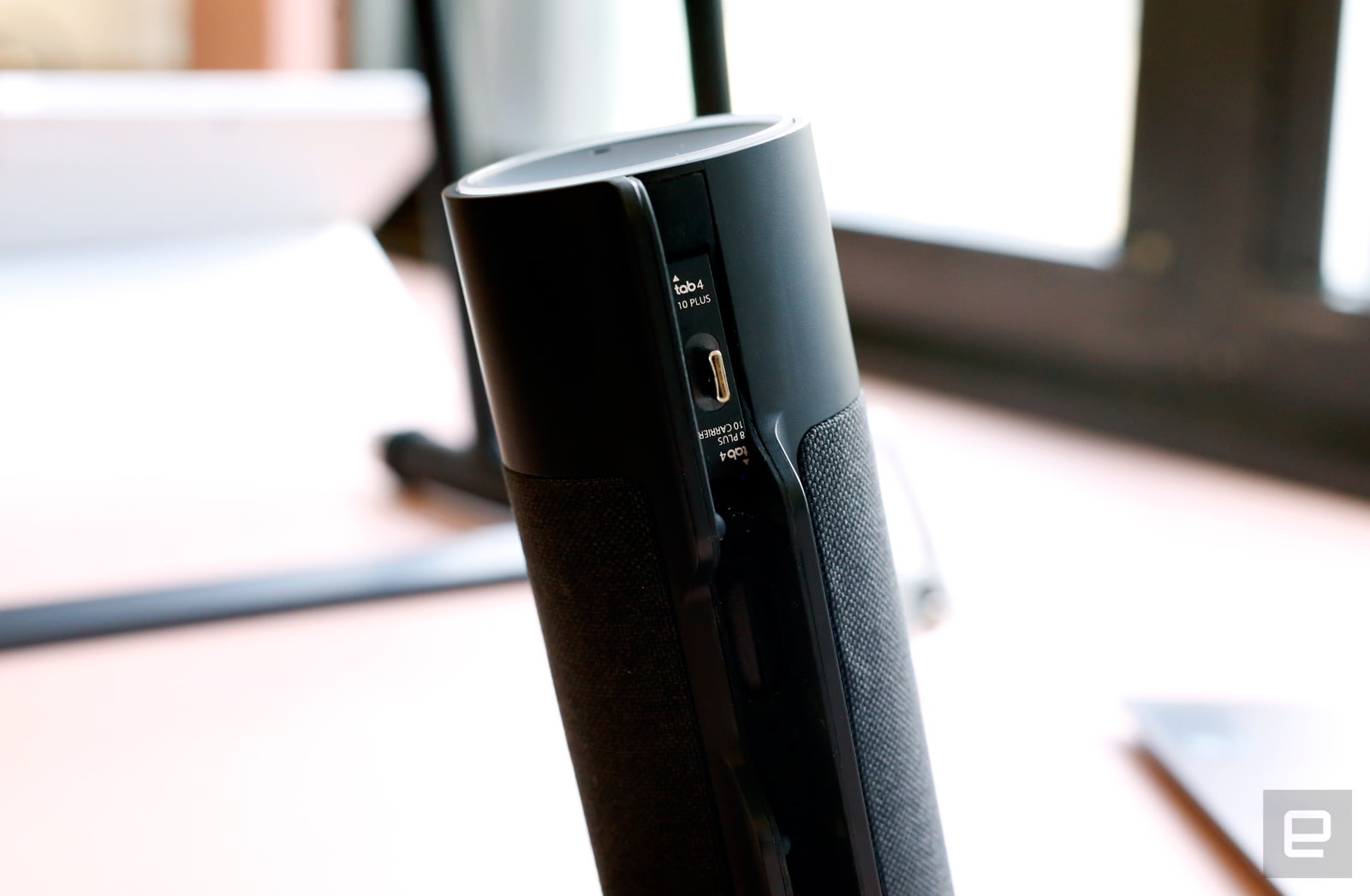 The visual version of Alexa on the Tab 4 isn't as fully-featured as it is on the Echo Show, though. You won't be able to stream from your security camera or play with a rich, graphics-intensive interface. But the bare-bones version that Lenovo offers seemed adequate during my preview. Of course, I'd have to live with and test the device before I can get a better understanding of the differences, but for now, I'm happy with what's there.

Considering the Echo Show costs $230, and a Tab 4 sets you back around $150, Lenovo's offering is at least a cheaper option. It's a great way to dust off a (most likely) neglected tablet and put it to work; I just wish it would work with the tablet I actually own. If Lenovo does make the dock available to other brands or tablet models, I'll be more happy with the premise. For now, though, I remain cautiously intrigued.