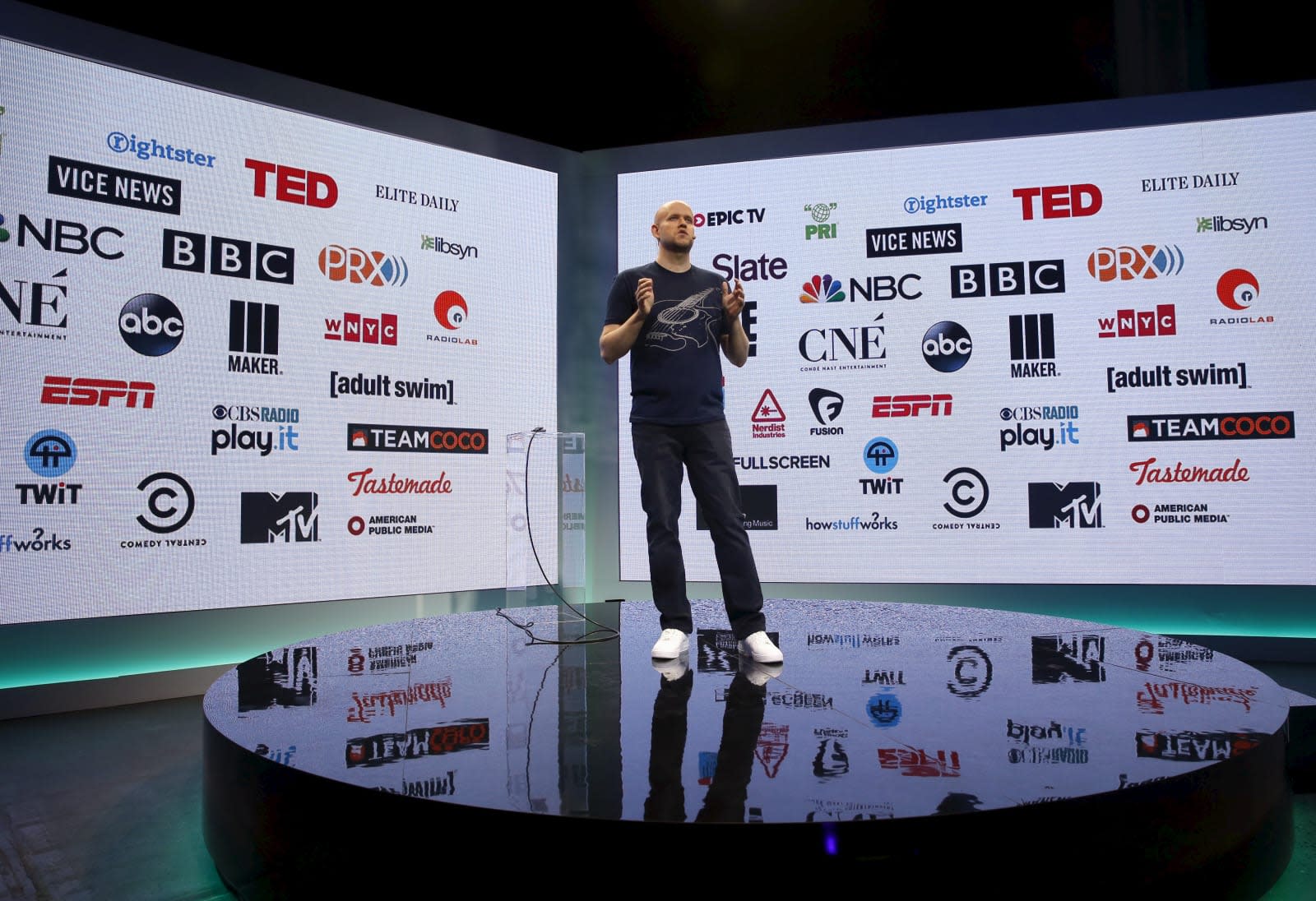 Last year Spotify rolled out a package of original video shows, however, they've mostly failed to make an impact and now the executive in charge of the initiative has left the company. Bloomberg first reported that Tom Calderone, a former head of VH1, was out after overseeing the rollout of a dozen music-related series last year. In a statement provided to The Hollywood Reporter, Spotify said that "We are focusing our expanding video offerings on Rap Caviar, Rock This and other popular Spotify owned and operated playlists...Building out our video and podcast content remains a priority for Spotify and we will have more information to share on our future plans soon."

Spotify's interest in video dates back a couple of years, but, like other music services, hasn't produced much noise among subscribers. It started off licensing short videos from outlets like ESPN and BBC, and also made an attempt at launching a subscription TV channel bundle that never saw the light of day. Calderone's oversight included its podcasts, where rumors have indicated the company is planning another big push, but we'll have to wait and see exactly what its new strategy includes.

In this article: entertainment, internet, podcast, services, Spotify, video
All products recommended by Engadget are selected by our editorial team, independent of our parent company. Some of our stories include affiliate links. If you buy something through one of these links, we may earn an affiliate commission.