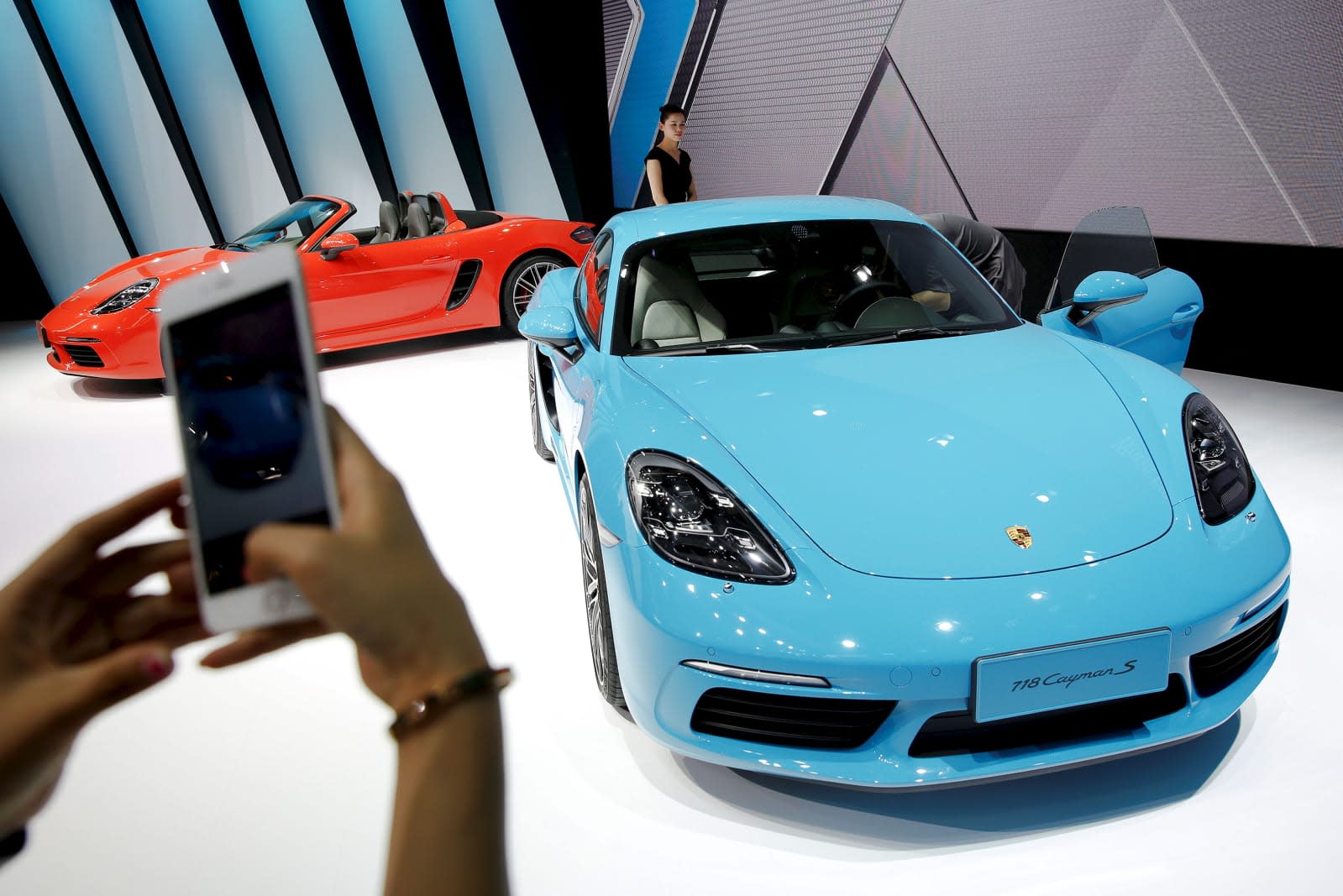 Like the idea of Cadillac's car subscription service, but feel its lineup is a little too... proletarian? If you live in Atlanta, you're in luck. Porsche is launching a Passport service in the city that gives you "frequent" vehicle swaps, unlimited mileage and coverage for the essentials (insurance, registration, maintenance and taxes) for as many as 22 different cars through a mobile app. If you want to ferry the kids to school in a Cayenne but cut loose with a Cayman on the weekends, you just have to tap your phone screen. Think of it as Netflix for speed junkies.

Just be prepared to pay a lot for the privilege -- and don't count on getting access to every car in the Porsche stable. The $2,000 per month "entry" Launch plan gives you access to eight vehicles, including the Boxster, Cayman S, Cayenne and Macan S. If you want Passport's full 22-car roster (including the 911 Carrera S and Panamera 4S), you'll have to step up to the $3,000 Accelerate plan. And as you might guess, you're not about to order a super-exotic like the 911 GT2 or customize a car to your exact specifications.

Passport kicks off in November. Porsche is treating the program as a pilot, so expansion to other regions is likely contingent on its early performance. Whether or not this is a good deal depends on how often you use the service and the models you choose. The most expensive lease for a stock Cayman S sits at about $1,200 a month, but that doesn't cover secondary costs and still limits your yearly mileage. And of course, you can't swap vehicles on-demand. This is for well-to-do drivers who are more interested in eliminating the headaches of luxury car ownership than they are developing an emotional attachment to the car of their dreams.

It's not hard to see why Porsche would try the subscription model, at least. Like Netflix, this gives Porsche a way of ensuring a steady stream of revenue from customers regardless of how much they use the service. You're paying the same amount whether you're commuting to work or blasting down side roads. Also, Porsche is likely preparing for the possibility of declining car ownership. A sports car is already considered an indulgence, and that's only going to become truer as ridesharing and self-driving cars take hold. A subscription like Passport could make it easier to drive sports cars only when you have the opportunity, rather than making you commit to a machine you might only drive a few months every year.

In this article: 911, boxster, car, cayenne, cayman, gear, macan, panamera, passport, porsche, porschepassport, sportscar, subscription, transportation
All products recommended by Engadget are selected by our editorial team, independent of our parent company. Some of our stories include affiliate links. If you buy something through one of these links, we may earn an affiliate commission.